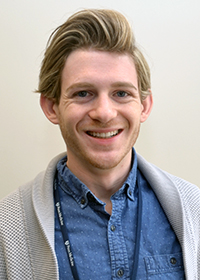 “Matt has been an absolute delight to work with in his time here at the PMC,” said PMC Co-Director David Wolk, MD, “Matt will be missed by our faculty, staff, and research participants.”

Ferrara joined PMC in 2018 as a coordinator for PMC’s largest study — the Aging Brain Cohort (ABC) Study. Data collected through the ABC Study is used by scientists across the nation and the world to research Alzheimer’s disease and life-long brain health.

“He displayed a remarkable dedication to the success of the ABC study to the benefit of our research participants and the numerous studies that depend on these data,” Dr. Wolk said.

END_OF_DOCUMENT_TOKEN_TO_BE_REPLACED 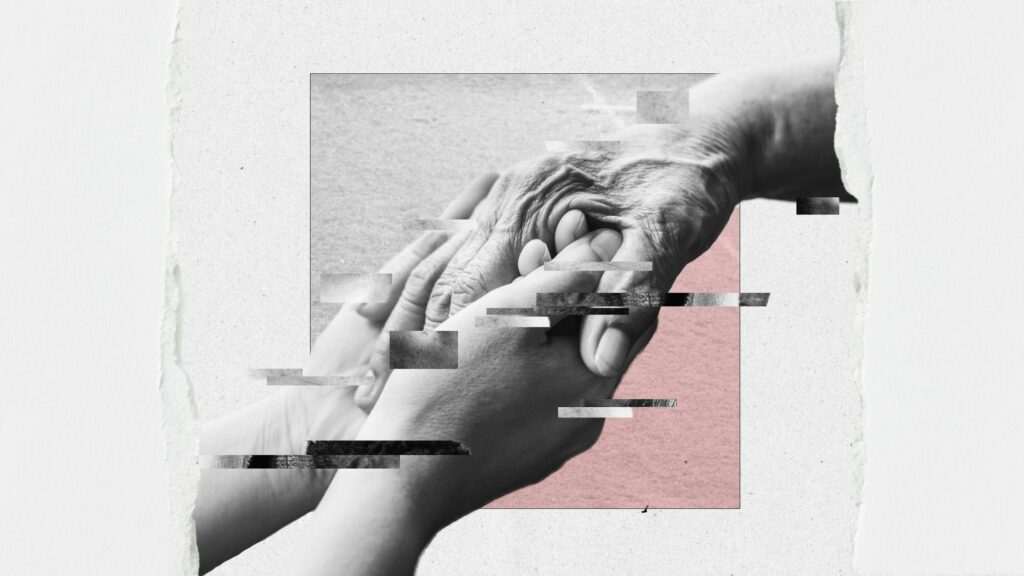 In a recent Vox article, assistant director of social work Alison Lynn, MSW, PMC researcher Emily Largent, PhD, JD, RN, and PMC co-director Jason Karlwish, MD, offered insight into the uncertainties people with an Alzheimer’s disease diagnosis and their caregivers may face and discussed the added stress they may feel from the controversy around Aduhelm. (Image: Christina Animashaun/Vox)

END_OF_DOCUMENT_TOKEN_TO_BE_REPLACED

The Food and Drug Administration (FDA) has revised its recommendation of who should receive Aduhelm, the controversial Alzheimer’s disease drug approved by the FDA last month.

The original label stated the treatment was for anyone with Alzheimer’s disease, encompassing six million Americans. Under the new label, the FDA recommends Aduhelm to “patients with mild cognitive impairment or mild dementia stage of disease,” reflecting the population tested in clinical trials and cutting the number of eligible Americans to about two million.

“The revision of this label is yet another piece of evidence that should cause the American public to be concerned about how FDA is practicing its regulatory science,” PMC co-director Dr. Jason Karlawish told the New York Times.

END_OF_DOCUMENT_TOKEN_TO_BE_REPLACED 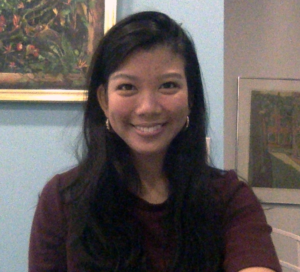 Hannah Cao, a Penn Program on Precision Medicine for the Brain (P3MB) research intern, has completed her time at the Penn Memory Center and will be moving on to Boston as a social worker at Massachusetts General Hospital.

Cao was a candidate for the master of social work at the University of Pennsylvania School of Social Policy & Practice when she joined P3MB researcher and clinical psychologist Shana Stites, PsyD, MA, MS, on the Gender’s Impact on Cognition in Older Adults (CoGenT3) study.

“Hannah is amazing,” Dr. Stites said. “She showed up uncertain about research, then took to it like a fish to water. She quickly became the cornerstone of the COGENT3 study and has been a pleasure to mentor. She’s going to continue to do great at all she does.”

END_OF_DOCUMENT_TOKEN_TO_BE_REPLACED

Dr. Jason Karlawish, co-director of PMC, was quoted by The Washington Post regarding the negative potential consequences of the Food and Drug Administration’s approval of Aduhelm.

“Companies are companies, I can’t fault them for doing what companies do, but we have now unleashed drugs that we are not sure what the benefits are, and that could have enormous consequences,” said Dr. Jason Karlawish.

END_OF_DOCUMENT_TOKEN_TO_BE_REPLACED

PMC co-director Dr. Jason Karlawish was quoted in The New York Times regarding the uncertainties surrounding Aduhelm, the Alzheimer’s disease drug recently approved by the Food and Drug Administration. When asked if adults should consider Aduhelm, Dr. Karlawish said, “The F.D.A. has passed the determination along to the American family.”

END_OF_DOCUMENT_TOKEN_TO_BE_REPLACED 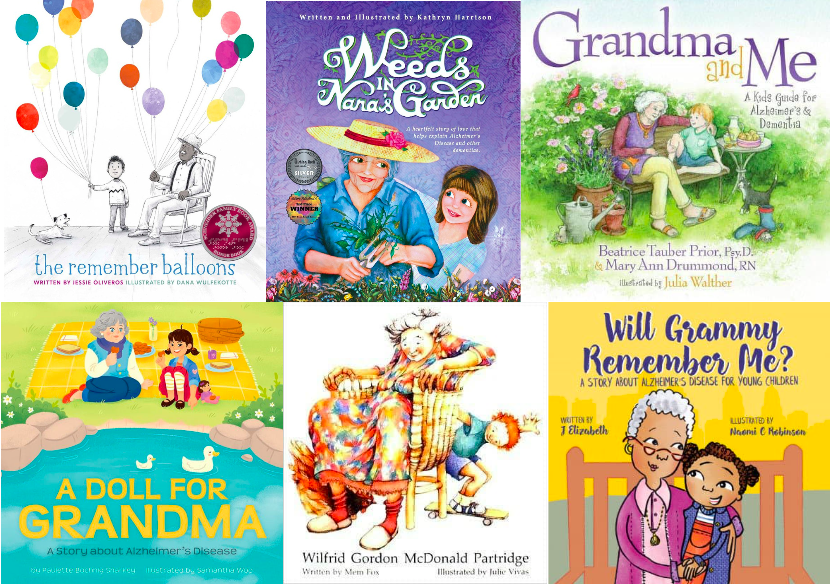 Understanding the way that Alzheimer’s disease and related dementias affect loved ones is a hard concept for many adults to wrap their head around. For children, it might seem tougher to explain and comprehend.

Alison Lynn, MSW, LCSW, associate director for social work at the Penn Memory Center, suggests children’s books as a way to introduce a diagnosis to them and its effects on their relationships with older loved ones.

“We get a fair number of questions regarding grandchildren in families that live together intergenerationally,” Lynn said. “Questions are more commonly focused on what to do after the diagnosis and the real-world issues that arise than about how to explain the diagnosis itself. Situations like these have also increased due to the pandemic.”

Children’s books that address dementia and Alzheimer’s disease help relay the concepts that are less concrete and harder to grasp.

END_OF_DOCUMENT_TOKEN_TO_BE_REPLACED

At the Penn Memory Center and the Alzheimer’ Disease Research Center at the University of Pennsylvania, we are committed to training the next generation of clinicians and researchers. The Christopher M. Clark Scholars program was created to encourage and guide early career researchers as they study the various aspects of Alzheimer’s disease, mild cognitive impairment, cognitive aging, and lifelong brain health.

Christopher M. Clark was the founding director of the Penn Memory Center. Among his many accomplishments were his role in the team that demonstrated the ability of a florbetapir PET scan to detect brain deposits of beta-amyloid, his co-development of the Dementia Severity Rating Scale, and contributions to the development of therapies for Alzheimer’s disease.

The scholars program at PMC was renamed last year to be the Christopher M. Clark Scholars Program to honor Dr. Clark’s achievements as well as his dedication to research and promoting awareness of Alzheimer’s disease.

END_OF_DOCUMENT_TOKEN_TO_BE_REPLACED

This past Wednesday, the Penn Memory Center held a community event for PMC patients and families led by co-directors Drs. Jason Karlawish and David Wolk to discuss the Food and Drug Administration’s (FDA) decision to approve Aduhelm (aducanumab). The focus was the impact of the approval on the PMC’s clinical and research operations.

END_OF_DOCUMENT_TOKEN_TO_BE_REPLACED 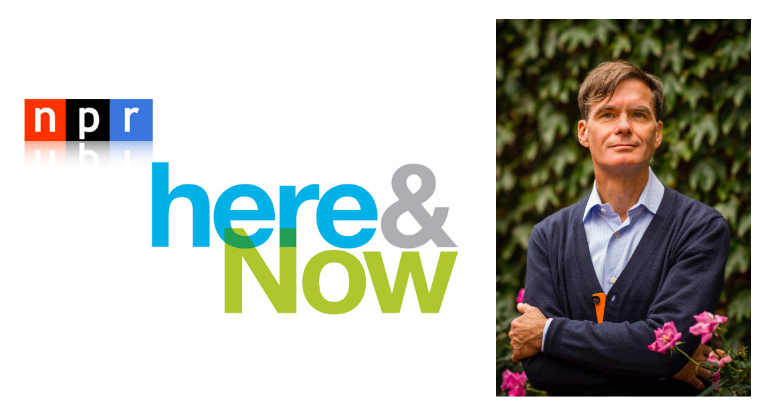 Dr. Jason Karlawish, PMC co-director, spoke about the FDA’s approval of Aduhelm (aducanumab) and what the approval may mean for patients living with Alzheimer’s disease going forward on NPR’s show Here and Now. Dr. Karlawish’s segment starts at minute 10:45.