You are here: Home / About / Emeritus Directors 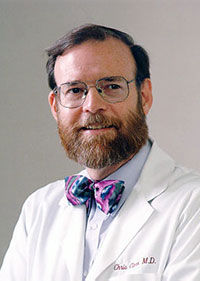 Christopher M. Clark, MD, was a neurologist and associate professor of neurology in the Perelman School of Medicine whose career was “dedicated to moving AD from a poorly understood, rarely diagnosed disorder, to a widely recognized common cause of late-life dementia.” Dr. Clark, who died January 12th, 2012 of an abdominal sarcoma, was the founding director of the Penn Memory Center. His life and legacy are summarized in his obituary in the October-December 2012 Alzheimers Disease and Associated Disorder.

Dr. Clark earned his BS degree from Penn State University in 1967 and his MD from Thomas Jefferson University in 1973. He then trained in neurology at Pennsylvania Hospital and Columbia-Presbyterian Medical Center. Prior to his 17 years at Penn, he was director of the Duke University Memory Disorders Clinic and clinical director of the Joseph and Kathleen Bryan Alzheimer’s Research Center. After retiring from Penn in 2007, Dr. Clark became the medical director for AVID Radiopharmaceuticals.

It was in this role that he led the investigative team that demonstrated the ability of a florbetapir PET scan to detect brain deposits of beta-amyloid. This landmark research, published in the Journal of the American Medical Association in 2011, represented a key advance in the development of clinically applicable Alzheimer’s disease diagnostics. This scan is now being used to determine whether cognitively normal persons are eligible for the Anti-Amyloid in Asymptomatic Alzheimers Study, the A4 Study, and one of the first Alzheimer’s disease secondary prevention trials.

Reflecting on the life and legacy of Dr. Clark, Jason Karlawish, current Penn Memory Center co-director, writes, “I came to Penn as an instructor because Chris was willing to take a chance on my career, and I am at Penn as co-director of the Penn Memory Center because of the legacy he built. He was truly a founding father. We miss him dearly.” 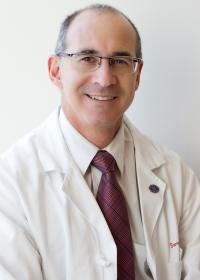 After eight years directing the Penn Memory Center and 25 years as a faculty member at the University of Pennsylvania, Steven Arnold, MD, moved to Massachusetts General Hospital/Harvard Medical School in Boston to serve as the Translational Neurology Head of the new Integrated Brain Center.

Dr. Steven E. Arnold was a Professor of Psychiatry and Neurology at the University of Pennsylvania Perelman School of Medicine, and Director of the Penn Memory Center.

Dr. Arnold received his MD from Boston University. He completed a residency in Psychiatry at the New York State Psychiatric Institute / Columbia Presbyterian Medical Center, and in Neurology at the University of Iowa. He also completed a fellowship in Behavioral Neurology / Cognitive Neuroscience and was a post-doctoral associate in Neuroanatomy there.

Dr. Arnold has authored over 150 scientific articles and his research has garnered numerous awards. He is principal investigator for research spanning clinical trials, phenomenology and neuropsychology, molecular neuroimaging, biochemical biomarkers, epidemiology-scale molecular neuropathology in postmortem tissues, and rodent models of chronic stress effects on aging, behavior, and neuropathology. He has conducted longstanding studies into neurodegenerative disease pathology in relation to cognitive decline in late life, and he leads a broad clinical and translational research program examining brain and mind aging.

His major interests include clinical biomarker identification of neuropathology in the aging brain, the long-term neurobiological effects of stress, anxiety, and depression on memory and risk for dementia, and protective factors that account for cognitive resilience in aging. Dr. Arnold has also had longstanding interest in the neurobiology of severe mental illnesses and leads a clinicopathological and neurobiological studies program focused on the cellular, biochemical and molecular neuropathology of schizophrenia using human postmortem tissues.