You are here: Home / News & Events / ‘In Our Right Mind’ tells story of Alzheimer’s in communities of color 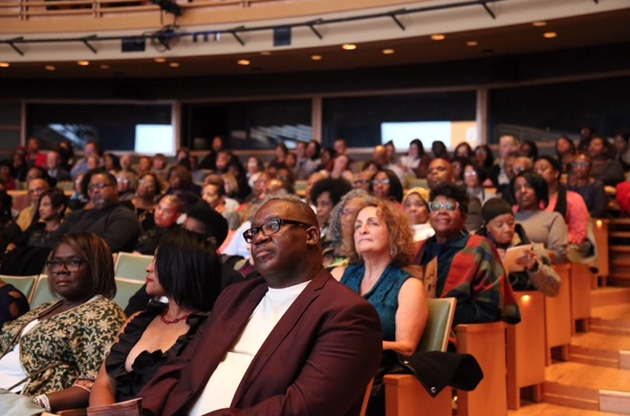 A new documentary from Renee Chenault-Fattah exploring the struggles of families affected by Alzheimer’s disease will have its television premiere 7 p.m. Nov. 30 on NBC10.

Chenault-Fattah, a former anchor for NBC10, told Philadelphia Magazine she began to see her friends either become caregivers or start to experience cognitive issues themselves shortly after turning 60. Then she came across an article detailing the disproportionate toll the disease takes on the African American and Hispanic communities. African-Americans are twice as likely as white people to develop Alzheimer’s disease or other dementias, while Hispanics are 1.5 times as likely.

“That spoke to me and said this is the story you need to do,” she said in the interview.

Chenault-Fattah was inspired to examine Alzheimer’s effects on people of color through the lens of two Philadelphia families and others featured in her documentary, “In Our Right Mind.”

The film follows two families’ struggle to balance their caregiving duties with their daily lives and memories of who their loved ones once were. It also travels across the country with researchers looking at the specific effects of Alzheimer’s in communities of color and exploring ways to fight the disease without a cure.

The film has been previously screened at the Kimmel Center in October and, in addition to its TV debut later this month, will show at the Maryland Film Festival on December 5, 2019.

“My hope is that this is the opening salvo to get us having the conversation…We have to create spaces where people can talk about it, so we can support caregivers and support people who are living with the disease,” Chennault-Fattah told the magazine.

The impact of Alzheimer’s disease is seen not only in clinical care but in research as well. Institutions like the Penn Memory Center need to have greater diversity in their trials to develop a treatment that works for all.