You are here: Home / News & Events / Julius Hayes, on sixth year in ABC study: ‘I keep my word’ 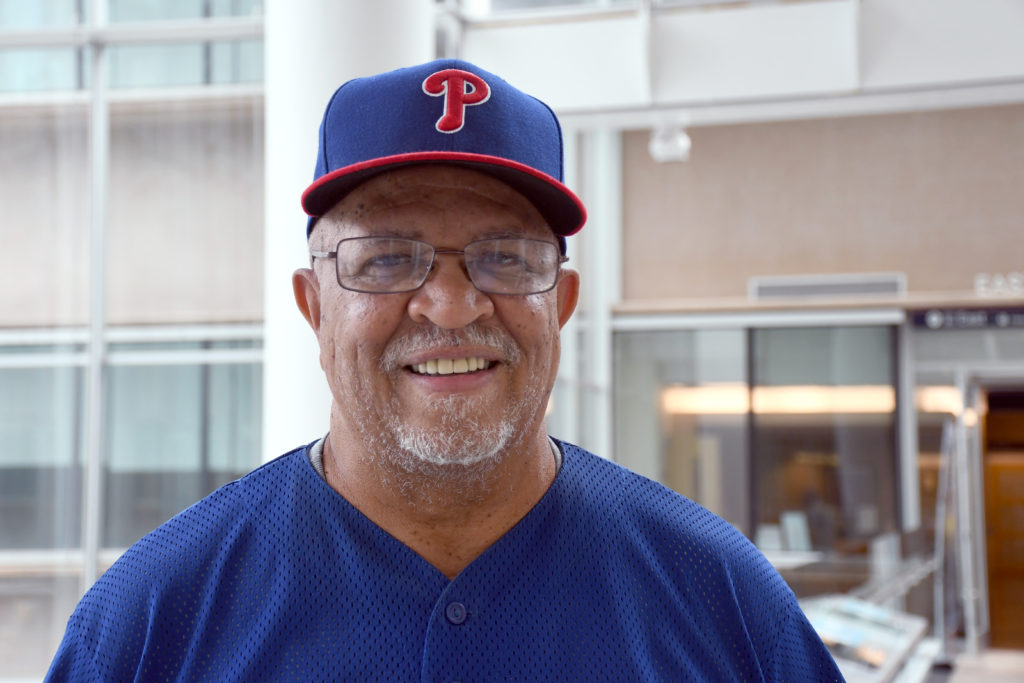 Even in retirement, Julius Hayes keeps himself busy, staying involved in his community and coaching high school baseball. But, year after year, he makes sure his schedule is clear for his annual ABC Study visit.  A six-year participant, Hayes said he’s keeping the promise he made in 2013.

“It’s kind of like a social thing that I feel like I have to do to help in a small way,” he said.

Hayes, a Philadelphia resident and retired social work supervisor for the city, joined the study after two relatives were diagnosed with dementia and he discovered the ABC study at a health fair.

A Penn Memory Center staff member told him about “the need for African Americans to volunteer for research studies for dementia and Alzheimer’s, and I said sure,” he said.

In recalling his time in the study, Hayes reflects on the many parts of the study that he enjoyed, including memory testing and interactions with research coordinators. He enjoys when a coordinator reads him a story and asks him to repeat as many elements of the story that he can remember.

“The first time, I did okay. As the years have gone by, I kinda know that it’s part of the test and I’m going to do it. I kinda focus a little bit better and each year I think I get better at it,” he recalled.

Hayes has had both a 3T and a 7T MRI, which he described as “painless and worthwhile for the study.”

“It’s not uncomfortable. I’m there, I do it, and there’s no after effects or anything.”

Hayes’ friends and family have also been a part of his journey and have supported his participation in research. His wife comes in with him as his study partner, and his friend joins him as a fellow participant in the ABC study.

“My friend has early dementia, and his mother had Alzheimer’s,” Hayes said. “I mentioned the study to him, and he’s now participating also.”

When asked what keeps him motivated, Hayes said, “I agreed to come back for the yearly visits when I signed up to do the research, and I keep my word.”

“It’s not intrusive, it doesn’t take that much of my time, and whenever [Research Coordinator] Arun Pilania or whoever else calls me up and asks, ‘can I participate, can I help?’ I say, you know, sure.”

“He is actively involved in the community, including coaching his grandson’s high school baseball team, and yet has been an active participant in studies at Penn Memory Center,” said Pilania, who works on the Medial Temporal Lobe Study. “His dedication to our research is commendable and serves as an inspiration to others looking to make a difference.”

The cause of the dedication?

“Without research, we wouldn’t have the advances that we have now,” he said.