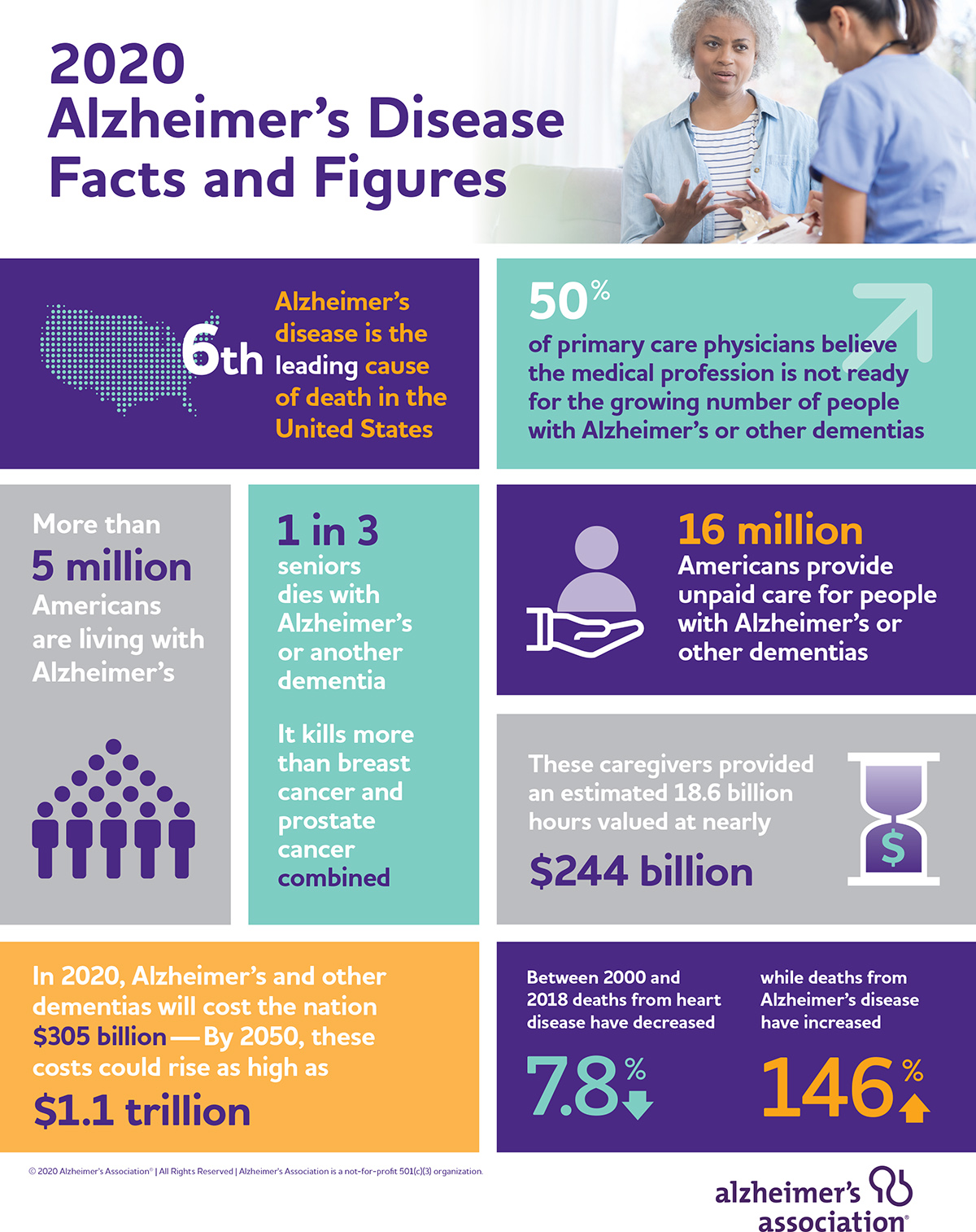 Graphic visual representations of information and data from the Alzheimer’s Disease Facts and Figures report.

The number of persons living with dementia is expected to more than double by 2050, and more than half of primary care physicians feel the medical profession is unprepared to handle the increase in cases.

Currently, there are 5.8 million persons living in America who are 65 and older with dementia, according to the report. More than half of primary care physicians (PCPs) feel that there aren’t enough dementia care specialists in their area to meet the demand of patients they receive. This issue is exacerbated in rural areas, where 71 percent of physicians feel demand has overwhelmed area specialists.

“The shortage of dementia care specialists needs to be addressed, but considerable focus must be given to ensuring dementia care education, training and ongoing learning opportunities are available for primary care physicians,” said Joanne Pike, PhD, chief program officer of the Alzheimer’s Association in a press release accompanying the report.

Dementia care has the potential to border on crisis as projections for the number of cases in the U.S. is expected to reach 13.8 million in the next 30 years.

“Demands for dementia care are increasing and primary care physicians are about to be under siege,” Pike said in the release.

While the next generation of care specialists are trained and primary physicians expand their knowledge on diagnosis and treatment, there are a few encouraging signs of improvement.

The report cites several studies showing the incidence and prevalence of dementia in western countries may have declined over the last 25 years and a reduction at the risk of developing Alzheimer’s at any given age. These changes could be attributed to greater awareness of risk factors and behavior among the population to limit them. However, the future increase in diagnoses could be linked to people living longer, with the highest share of cases expected to come from the oldest age group (80+) by 2050.

Dementia care is not only a preventative effort but a long-term care issue addressed in the recent work and advocacy from Penn Memory Center.

Penn Memory Center Co-Director Jason Karlawish delivered testimony to the Senate Finance subcommittee on health care on increasing specialists to adjust to the growing needs of the country to care for its persons living with dementia.

As the nation’s scientists and healthcare professionals continue to combat and treat COVID-19 cases across the country, care for our older and vulnerable populations remains as important as ever. Better-trained physicians and specialists, access to long-term care solutions, and continued efforts to reduce risk of the disease are all practices that can improve how the nation treats and lives with dementia while pharmacological treatments are developed.