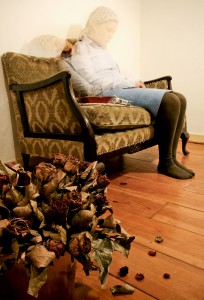 A patient’s medical future is a greater cause of stigma than an actual diagnosis of Alzheimer’s disease, according to a study.

The negative beliefs associated with Alzheimer’s — that patients will become unruly in social situations or abandon personal hygiene, for example — are related to the prognosis rather than the diagnosis, researchers said.

“Alzheimer’s disease label was generally not associated with more stigmatizing reactions,” the study’s authors wrote. “In contrast, expecting the symptoms to get worse…resulted in higher levels of perceived structural discrimination, higher pity, and greater social distance.”

The stigma-focused study, conducted in part by Penn Memory Center (PMC) research coordinator Kristin Harkins and PMC Co-Director Dr. Jason Karlawish, is one of the first of its kind. Authors hoped to show the range of Alzheimer’s impact on patients, Harkins said.

“The public needs to understand that there are levels of severity” with Alzheimer’s disease, Harkins said.

The next step along this track of research would be looking specifically at what this study called preclinical Alzheimer’s, observable by medical professionals but not the general public.

Patients with preclinical Alzheimer’s “are seemingly well, many of them employed and otherwise engaged in social, cultural and political spaces,” the study’s authors wrote.

However, “the more that the preclinical AD label is associated with future, severe deterioration, the more patients with this label may experience certain stigma outcomes,” authors wrote.