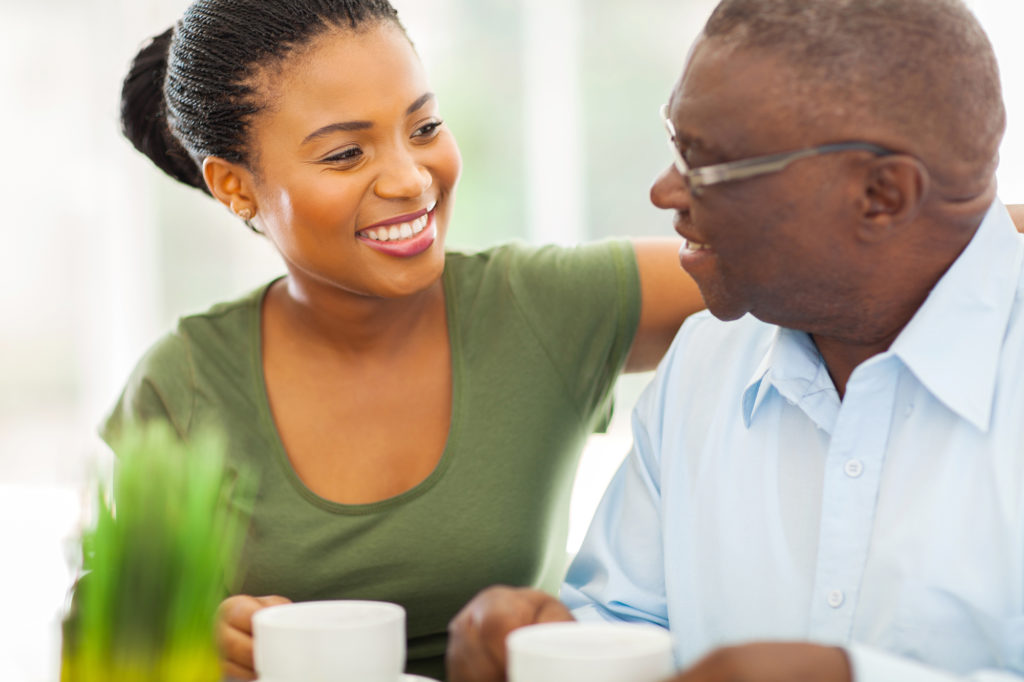 Time Out facilitates meaningful, in-home engagement through intergenerational companionship by connecting older adults with PMC-trained college students. This includes conversation, reading, music, and may also include light meal preparation, laundry, and light grocery shopping. It does not include personal care — such as bathing, dressing, feeding, or toileting — nor administering medications or therapies. While private respite care may cost more than $20 an hour, Time Out care providers will be available for $8.50 an hour, up to 10 hours per week. Penn Memory Center families who would like to sign up or learn more should contact Meg Kalafsky, Time Out Program Coordinator, at (267) 624-4282 or megan.kalafsky@pennmedicine.upenn.edu.

Hazel Souder rises for an early trip to the gym before her husband Louis is awake. These quiet moments can be precious for her, the quiet moments when she’s not just a wife or a caregiver to Louis, who has Alzheimer’s. All that’s asked of her in these moments is to just be Hazel.

“You have to continue to define yourself in every stage of life,” said Hazel, who will be 80 next December.

Thanks to Time Out, a collaboration between PMC and Temple University that trains students as respite workers and offers an affordable alternative to agency care, Hazel can continue to define herself and take on all the other responsibilities she has to Louis as a wife and caregiver.

Louis was diagnosed with Alzheimer’s after a visit with the Penn Memory Center in September 2018. As the disease progressed, Louis, a proud son of a minister and every bit a fitness fanatic as Hazel before the disease, was suddenly confined to a two-story home and a roughly 10-block path to the local Rite-Aid.

Hazel saw their independence that once made them so compatible eroding as she found herself shouldering more and more responsibility for the two of them, like grocery shopping, cooking because Louis would leave the stove on, and handling the bills and finances.

It didn’t stop Louis from asserting some control over his space. He would rake leaves, carry groceries, and make attempts at doing the dishes. Matters only complicated when contractors were renovating the kitchen last year and Louis’ small world was flipped upside down for months.

His routine walks had stopped. He became disoriented with the commotion in the house. She would frequently remind him who the men in the house were and why they were there, but Hazel still struggled to leave him alone for periods of time to not only take on errands for the two of them but time for herself as well.

“The more I was with him, the more I lost myself, Hazel said. “You need to breathe apart to be together.”

Trying to regain a foothold in both their lives, Hazel made sure the Souders were one of the first families to sign up when Penn Memory Center began recruiting participants for its Time Out program in early 2019.

Jada White, a senior psychology student at Temple University, was paired with the Souders in July 2019. Trainees like White visit families for up to 10 hours a week. White visits a few times a month for three to five hours a visit depending on Hazel’s needs. Hazel said the program has helped Louis maintain a valued level of independence and provided necessary care, giving her peace of mind and time to recharge.

“I think of myself as ‘the caretaker,’ but Jada’s help gives me time to take care of me,” Hazel said.

The Time Out program’s training helped prepare her for her first visit, but it still wasn’t an easy transition for everyone. Louis was opposed at first to help with activities or duties around the house he still considered under his control, like preparing meals, but Hazel attests White’s constant presence felt reassuring and made him more receptive to her care.

Active listening and patience were the two key skills in connecting with him, White found, as well as simply talking with Louis about his past.

“He was always polite but would say ‘why are you here’ or ‘I don’t need a babysitter,’” said White. “I would just say ‘I’m here to keep you company’ and try talking to him about his life and try to get him reminiscing.”

Reminiscence Therapy is a treatment for older adults with dementia that aims to allow persons dealing with cognitive impairment to gain confidence drawing on memories they do have.

“Most people experiencing memory problems have trouble accessing recent memories, but can tell you all about their high-school boyfriend,” said Meg Kalafsky, a social worker and program coordinator for Time Out.”

Reminiscence can take form in simply talking about the past, watching old favorite movies, or playing games like “Never Have I Ever.” These strategies have been shown in some cases to improve patients’ confidence in their own memories, quality of life, and mood when paired with other treatments for Alzheimer’s, but more trials with a larger study group need to be examined before making conclusions.

Reminiscence therapy also serves as a bridge between student and Time Out participant. There may be a host of differences in race, class, background, on top of generational differences, but Kalafsky said training students in these activities allows them to find similarities and share life experiences.

Time Out student caregivers are limited in what they can provide. Students are capped at 10 hours of care a week and can’t provide personal care such as bathing or feeding and are not allowed to administer medications or therapies to participants in the program. But caregivers like White can make an impact.

Now Hazel notices Louis smile at White when she comes in for her visit. The two will play games and do puzzles, and she’ll help him find things around the house. Louis will repeat himself or at times ask where his wife is, but White simply reminds him that she’ll be back soon. To keep active they go on walks around the Souders’ neighborhood and talk, Louis’ favorite activity.

“I’m not around as much as I’d like to be there for him so this is my way of giving back,” White said.

Hazel thinks of Time Out like the in-flight safety instructions: “When the oxygen masks come down,” she said, “you have to put on yours first to be able to put it on the person next to you. You have to be able to breathe.”