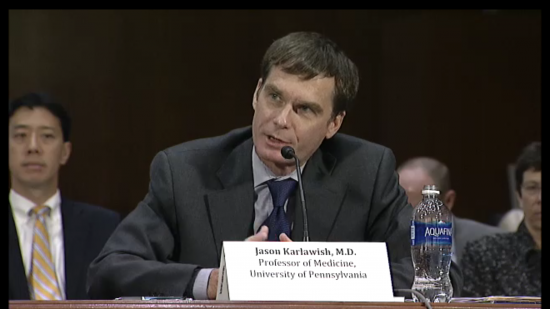 The United States has taken long strides towards treating and preventing the medical issues associated with Alzheimer’s disease, but now is the time to include the nation’s banks and financial services industries in a national plan.

“Among the first signs of cognitive changes caused by diseases such as Alzheimer’s disease, and cognitive aging as well, are changes in our capacity to manage our finances,” putting the banking and financial services industries on the front lines of screening for cognitive impairment, Karlawish said.

These institutions have ever-growing data sets of their customers’ financial transactions and are in a better position than physicians to identify potential problems.

Credit card companies already closely monitor their customer’s spending habits for fraud and freeze accounts showing suspicious activity. This same workflow could be applied to other institutions when older customers make unusual changes to their financial habits, such as missed or double bills, odd cash transfers, or unsuitable investments.

Like credit card users, “we’ll have to accept that there will be times that you look into something, and nothing’s wrong,” Karlawish said.

Caring for these customers is good business for these industries, Karlawish argued.

“Older adults who suffer losses in financial capacity that lead to losses in wealth cannot go back to work to make up the lost money. They lack the time and the capacity to do so. Someone else has to pay: their family or us, the public,” he said.

Karlawish asked EJCC members to consider a recent report by the President’s Council of Advisors on Science and Technology, in which he and his co-authors called on federal agencies like the SEC and the FDIC to take larger roles in preventing elder financial abuse.

The Elder Justice Coordinating Council — whose members include the Secretary of Health and Human Services, the Attorney General, and the Chairman of the Securities and Exchange Commission — was created in 2009 as part of the Affordable Care Act to “coordinate activities related to elder abuse, neglect, and exploitation across the Federal government,” according to its website.