You are here: Home / News & Events / Driving and Dementia: When it’s time to turn over the keys

Driver A is a Penn Memory Center patient who is referred to the Bryn Mawr Driver Rehab Program and fails the driver evaluation. He had an inkling that it was time to stop driving, and after listening to the concerns of family members, Driver A takes the keys out of his pocket and gives them to his family. “You’re right,” he says. “I’m going to stop driving now.” The family comes to a resolution on next steps.

Driver B is also referred to the Bryn Mawr Driver Rehab Program. She fails the test but does not want to stop driving. She is convinced her driving is fine, even after running several red lights, and argues with her family about needing to give up her keys. “I need to drive to take care of my family,” she says. “I don’t want to depend on other people.”

Kalina has seen cases where people were referred to the program because they were significantly lost by several states away. Sometimes it can take a couple days to find a person who has become lost.

“These same people might come in for the evaluation and drive fairly well,” he said.

“The driving skill — the ability to steer the steering wheel and put the gas and brake on — that might be preserved. But if a person can’t remember where they’re going or the purpose of their trip, it can be disabling.” 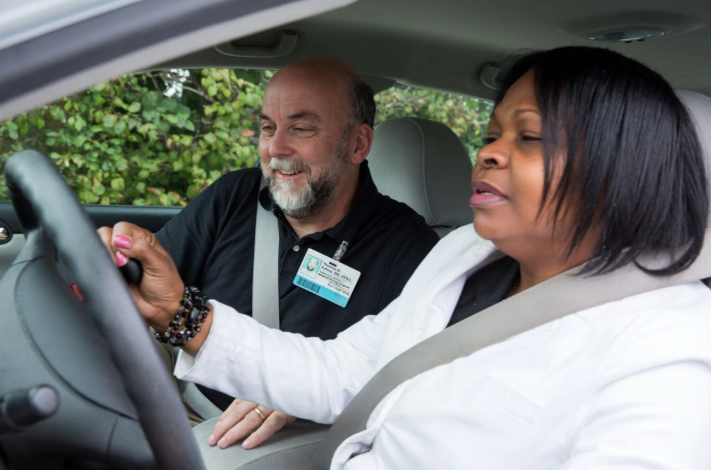 There are many changes that a person experiencing cognitive decline are faced with, and one of these is the ability to drive. A person diagnosed with Alzheimer’s disease (AD) or other dementias, as well as their loved ones, have to prepare for the inevitable: at some point, the person will become unable to drive safely. When a person or family members cannot make this judgment for themselves, it is in the clinician’s hand to decide when a person with AD should give up their license and transition from driving to non-driving. 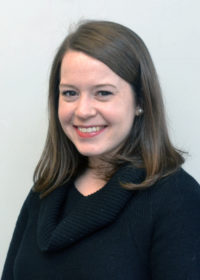 “I always say that for many people, this is one of the most difficult losses. The loss of driving limits your mobility; it limits your independence; it’s something you’ve been doing since you were a teenager,” said Penn Memory Center Associate Director of Social Work Alison Lynn, MSW, LCSW.

Lynn has often been tasked with the job of telling patients that they are no longer able to drive.

Many people believe that the only driving task impacted by cognitive impairment is the ability to follow directions. However, because of the way AD impacts focus, fast decision making and quick reaction time, driving with AD poses a threat to the individual and others.

Throughout her experiences with patients, the most common thing Lynn has heard is, “I’ve never had an accident before. I’ve never gotten lost. Why are you doing that?”

“I try to explain that impairment in driving is not about just getting lost, but it’s about so many other things,” she said. “What do you do, not when everything goes according to plan, but when something goes not according to plan?”

Signs that a person should stop driving include forgetting how to locate familiar places, making slow or poor decisions in traffic, confusing the brake and gas pedal, and becoming angry or confused while driving, among other signs. Typically, it is up to the person’s caregiver to identify these issues, alert a clinician, and facilitate the transition.

According to the CDC, driving crashes are the number one cause of injury-related deaths in the 65-74 year old age group in the US. Getting hurt while driving can negatively impact the lives of those diagnosed with AD or mild cognitive impairment (MCI). Insurance companies may refuse to cover a person diagnosed with MCI, and the person may become vulnerable to a possible lawsuit from the other party.

PMC offers three options for those who are no longer able to drive:

If one refuses to select one of the three options, clinicians are required by PA state law to disclose the patient’s diagnosis to the DMV.

Lynn discussed how reactions to this news are generally negative. Some patients and families are relieved due to the anxiety they’ve experienced; however, this is not common. When asked how she dealt with negative reactions, Lynn responded with “a number of ways.”

She noted that some people respond well to issues of personal liability. For example, she tries informing the patient that if they were to get into an accident with their diagnosis, their insurance may not cover them and they could be sued and experience loss of money and legal trouble.

Another major way Lynn responds is by empathizing with her patients and letting them know that she takes no pleasure in taking a person’s license away. Then she tries to place the situation in the context of public health. She lets patients know that she is concerned about their safety and the safety of those around them.

Kalina recalled a time when he had to describe what he and his team does and the importance of driving evaluations. He thought to himself that it’s more important for someone to be around than it is for someone to drive, and he came up with the saying:

“You can always hire a driver. You can never hire another mom or dad.”

Oftentimes, Kalina says lines like, “You are irreplaceable. Your children can not replace you. Your husband can’t replace you. You can make a transportation alternative but they can’t make an alternative you. You’re it.” Lines like these put the situation in perspective for people faced with the loss of driving. Sometimes people cry and agree to willingly stop driving. In some cases, caregivers have to make the decision to take the person’s keys away, disable the car, or remove the car completely. When these last resort steps are taken, the next step is to create a plan to provide safe and reliable transportation. 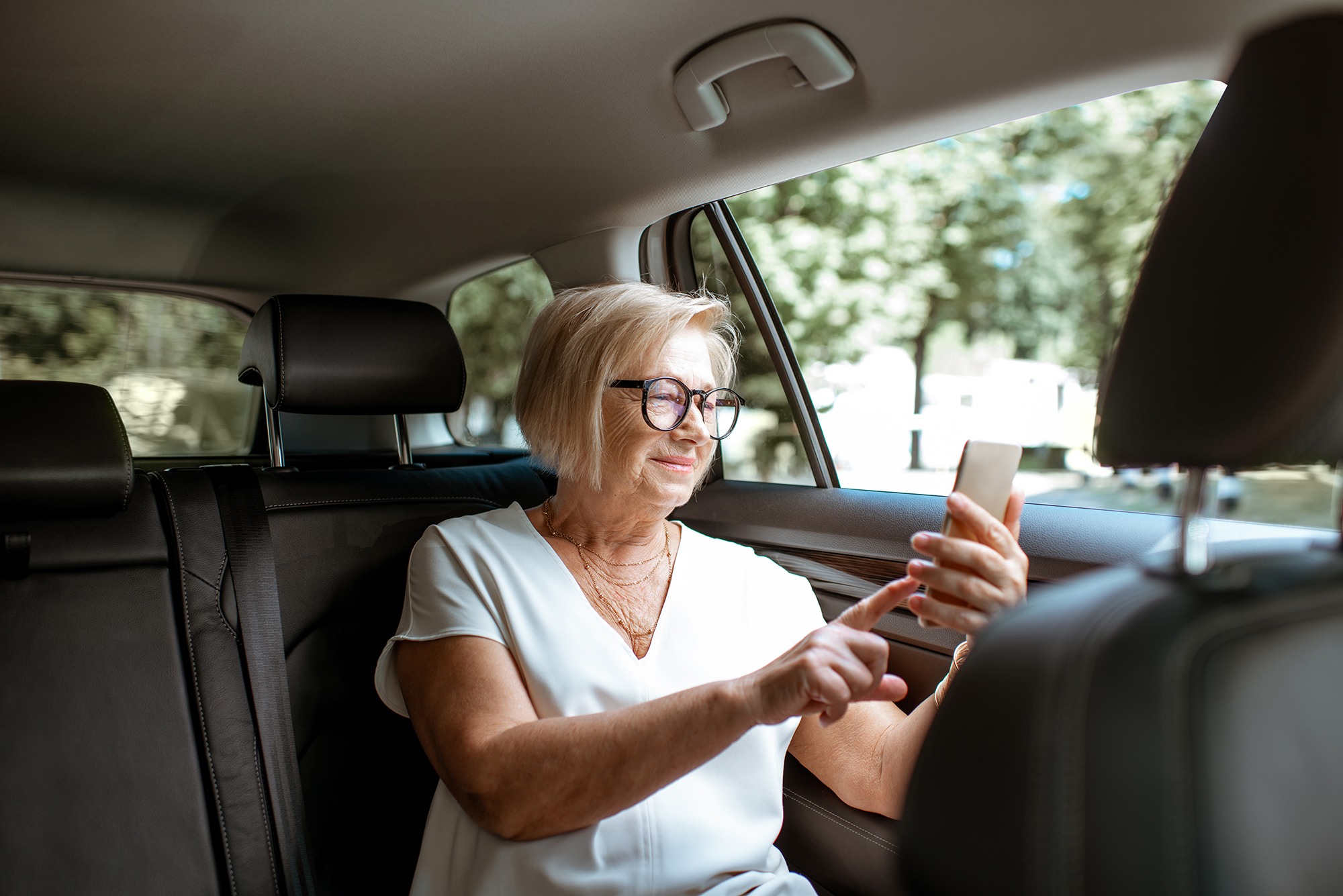 A few alternatives to driving include using Uber, Lyft, GoGograndparent, or other rideshare apps, receiving assistance from a loved one who drives, hiring a driver, using public transportation, or using subsidized handicap transportation for those who need more assistance while traveling.

Kalina says, “The best evaluations are the ones where the family and the person themselves decide, ‘Yeah, I better stop’ because it’s their decision rather than somebody else’s. So we try to show them available evidence and explain to them why there might be concerns.”