At the Penn Memory Center and the Alzheimer’ Disease Research Center at the University of Pennsylvania, we are committed to training the next generation of clinicians and researchers. The Christopher M. Clark Scholars program was created to encourage and guide early career researchers as they study the various aspects of Alzheimer’s disease, mild cognitive impairment, cognitive aging, and lifelong brain health.

Christopher M. Clark was the founding director of the Penn Memory Center. Among his many accomplishments were his role in the team that demonstrated the ability of a florbetapir PET scan to detect brain deposits of beta-amyloid, his co-development of the Dementia Severity Rating Scale, and contributions to the development of therapies for Alzheimer’s disease.

The scholars program at PMC was renamed last year to be the Christopher M. Clark Scholars Program to honor Dr. Clark’s achievements as well as his dedication to research and promoting awareness of Alzheimer’s disease. 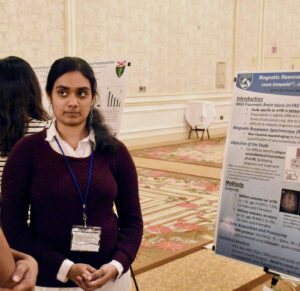 Lasya Sreepada is a second-year bioengineering doctoral student at the University of Pennsylvania in the Artificial Intelligence in Biomedical Imaging Lab. She is interested in using artificial intelligence and machine learning to identify biomarkers of Alzheimer’s disease. Sreepada is also the chair of the Committee on Equity, Inclusion, and Diversity at PMC.

She received her bachelor’s of science in neuroscience (computational track) from Yale University in 2019, where she was nominated for the Yale College Nakanishi Prize for exemplary leadership in enhancing race or ethnic relations. She also worked with Dr. Alexander Lin at the Center for Clinical Spectroscopy, Harvard Medical School, to identify biomarkers of chronic traumatic encephalopathy in professional athletes, traumatic brain injury in military veterans, and neurotrauma from hypoxic-ischemic injury during her undergraduate career.

In 2020, Sreepada enrolled in a course taught by Jason Karlawish, MD, co-director of PMC, about the problem of Alzheimer’s disease. Alongside the course, her interest in the domain was furthered by a “Data and Didactics” talk she attended at PMC. The “Data and Didactics” presentations occur weekly across the Penn Program on Precision Medicine for the Brain (P3MB) to share research and educate members across various disciplines.

“It was one of the most valuable experiences and academic coursework that I have done so far,” Sreepada said. “I was able to learn about the problem from a human perspective and the costs — economically, emotionally and socially associated with Alzheimer’s disease — and motivate my research.”

“I recognize the potential of this technology to provide us with a lot of insights on a person’s disease progression while they are alive and I realized that it definitely holds the key to a future of using biomarkers for diagnoses — not just in Alzheimer’s but various other neurodegenerative diseases like traumatic brain injuries or Parkinson’s disease,” Sreepada said.

“At PMC, I’m exposed to such a wide variety of professionals from neurologists to social workers, who are part of this ecosystem to help people and their families who are struggling with cognitive or memory problems,” Sreepada said. “It’s been a very valuable and humbling experience so far to see where I fit in in the whole ecosystem.”

Xueying Lyu is a bioengineering doctoral student interested in studying the relationships of biomarkers for Alzheimer’s disease using data-driven and engineering methods. Lyu received her bachelor’s degree in chemistry from Franklin & Marshall College.

Following her graduation, Lyu worked at the Yale PET Center with Dr. Jason Cai to study SV2A PET imaging of stroke rat models. This experience inspired her to pursue further studies of biomarkers and brain imaging.

“It was very interesting,” Lyu said. “It motivated me to apply to grad schools. I’m interested in learning more about image analysis and human research in neurodegeneration and Alzheimer’s disease.”

“Research now is about using machine learning tools to study the biomarkers of Alzheimer’s disease,” Lyu said. “It’s kind of new to me but I’m interested in learning more about this. We’re all learning these cool, new things. Learning a lot about the researchers at PMC and their current work on Alzheimer’s disease and other dementias has been very helpful, along with the weekly didactic meeting.” 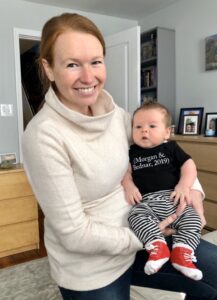 Brianna Morgan, MSN, CRNP, ACHPN®, is a third-year doctoral student exploring inner strength in persons newly diagnosed with mild cognitive impairment and their care partners at the Penn Memory Center. She has a bachelor’s of arts in the biological basis of behavior, a bachelor’s of science in nursing, and a master’s of science in nursing in adult and gerontological primary care from Penn. She is also an appointed associate fellow of Penn’s Leonard Davis Institute.

Morgan started her career as a research specialist at the Penn Frontotemporal Degeneration Center. She discovered her interest in nursing, with a focus on supporting patients with neurodegenerative diseases and their care partners living with this diagnosis. She earned her second degree in nursing soon after. Over the course of nine year, she has worked as a neurocritical care nurse, a clinical research nurse at the Penn FTD Center, and as a nurse practitioner in geriatric and palliative care at Pennsylvania Hospital’s Abramson Cancer Center.

“I feel like I can now ask research questions from a perspective of nursing, thanks to my background, which focuses on whole-person wellbeing,” Morgan said. “A perspective that understands that people live along a spectrum of illness and wellness, and focuses on trying to support them. I also understand the practical realities of being with patients and families — as a bedside nurse, and seeing people who had devastating traumatic brain injuries encountering their mortality.”

Morgan’s research at PMC is focused on exploring inner strength in people with mild cognitive impairment along with their care partners using interviews and qualitative analysis techniques.

“All of my experience led me to notice that we really under-characterize strengths that people with serious illnesses, specifically degenerative diseases, have and we tend to not include them as well as their perspectives in research studies,” Morgan said. “My experience at the FTD center really opened my eyes to this group of diagnoses that are so varied, and the experiences of the diseases are also really varied.”

Morgan also guest lectures in academic courses focused on diagnosing dementia, healthcare for older adults, and numerous others about palliative care and dementia across various disciplines at the University of Pennsylvania.

“Being a Clark Scholar at PMC, which is so interdisciplinary, is a great opportunity for me to get out of the School of Nursing and learn from professionals in other disciplines,” Morgan said. “I can tell, already, that it’s going to be so valuable and really expand how I ask my questions, and how I interpret results.”

“I am very grateful for this opportunity,” Dr. O’Brien said. “I am also excited to start this new path in my career. Up until now, I’ve been mainly clinically focused. Research is very important to me so I’m pleased to be staying at PMC to continue developing my research career.” 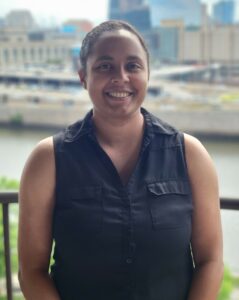 Dr. O’Brien’s grandmother was diagnosed with Alzheimer’s many years ago and her family turned to the medical field for guidance, but did not receive any. Her clinical and research interests blossomed from this experience. As a Clark Scholar, Dr. O’Brien is interested in exploring the detection of dementia in the primary care setting and improving the quality of accessible care within community practices for patients with dementia.

During her residency, she participated in discussions to standardize the referral process to specialists for patients with cognitive complaints. However, she said she realized that primary care providers weren’t well-represented in those conversations. Dr. O’Brien hopes to engage primary care providers and use their inputs to design a process that they are likely to utilize.

“Patients spend a lot of time waiting to see a specialist, it can take several months for them to be seen at PMC. These patients usually have regular and frequent contact with their primary care provider and so, in my mind, there is an opportunity to detect dementia earlier and start disease management earlier in that setting,” Dr. O’Brien said. “It is a complicated problem, but one that I would like to begin to solve.” 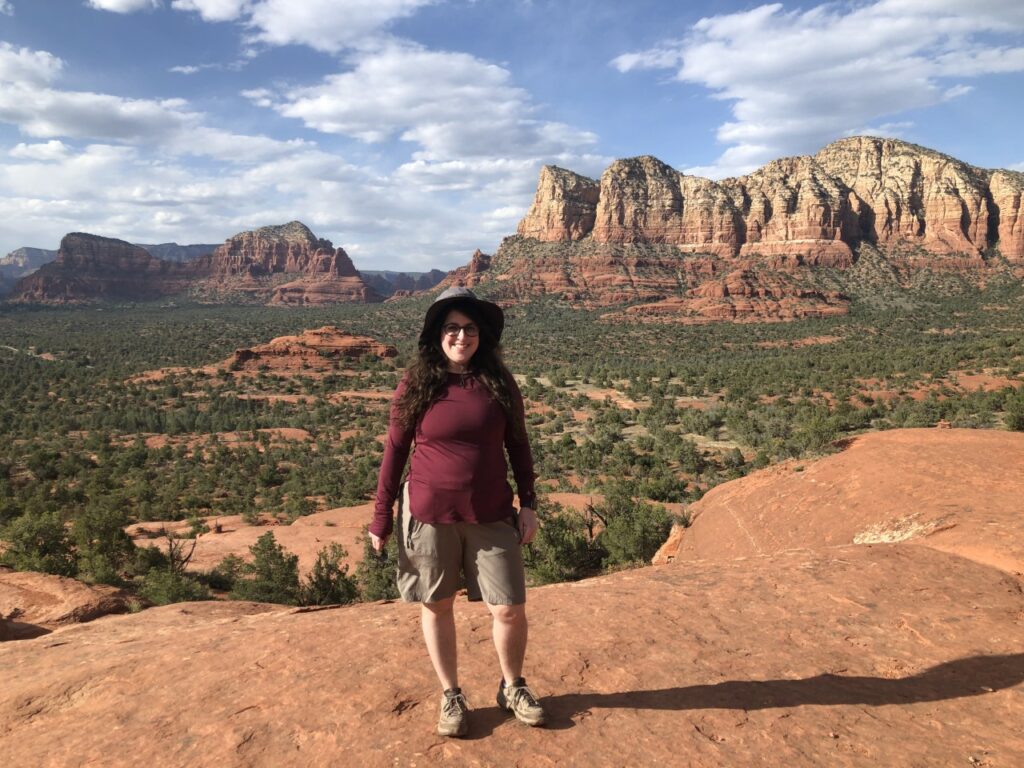 Nicole Nissim, PhD, is a post-doctoral fellow at the University of Pennsylvania Laboratory for Cognition and Neural Stimulation and the Moss Rehabilitation Research Institute, where she works with Drs. Roy Hamilton and Branch Coslett. She received her bachelor’s degree in psychology from the University of Florida, where she became interested in neuroscience and how researchers can modulate the human brain.

“As an undergrad, I was very excited learning about how neurons fire and the plasticity of the human brain” Dr. Nissim said. “Learning about brain stimulation techniques and how they can be applied in different experimental settings to impact neuroplasticity got me interested in that aspect of research.”

She earned her master’s degree in Applied Cognition and Neuroscience at the University of Texas at Dallas, and her PhD in biomedical sciences with a concentration in neuroscience from the University of Florida. As part of her doctoral training, she worked under Dr. Adam Woods in non-invasive brain stimulation, focusing on cognitive aging and the enhancement of cognitive abilities in older adults through transcranial direct current stimulation (tDCS).

“I became interested in other non-invasive brain stimulation techniques for neuromodulation and using those techniques to enhance recovery of brain function in healthy aging populations as well as those with neurodegenerative disease or mild cognitive impairment,” Dr. Nissim said.

As a Clark Scholar, Dr. Nissim will be working on studies assessing transcranial alternating current stimulation (tACS) in healthy young and older adults to understand age-related differences and the impact of tACS on cognition. Dr. Nissim aims to develop studies to assess tACS and cognitive training as an intervention in mild cognitive impairment.

“There is a multi-disciplinary approach at the Penn Memory Center, and I’m very interested in forming collaborations and potentially expanding the research in the future,” Dr. Nissim said.