Four years ago, frustrated by a series of inconclusive visits to other doctors, Eli and Janet Caplan scheduled an appointment with the Penn Memory Center, where Janet finally received the diagnosis they needed to hear: Alzheimer’s disease.

“I would give everything I have not to have known the Penn Memory Center,” said Eli Caplan, “but since I’m one of the unfortunate persons to have a loved one afflicted with the most scourging disease — Alzheimer’s — I’m grateful to be here.”

The Caplans have since moved to Philadelphia from Lebanon, PA, to be closer to PMC, where Janet regularly sees Co-Director Dr. David Wolk for neurological appointments and Eli sees Felicia Greenfield, director of clinical research operations and care programs, as a therapist.

Eli is able to provide around-the-clock care for his wife between four caregivers who rotate shifts, so that neither he nor his wife is ever alone. “He can’t imagine how other people care for someone with Alzheimer’s disease without the financial means,” said Felicia Greenfield. “He feels like he has to do something to help others.”

It is due to his experience with his wife’s diagnosis as well as his relationships with Felicia and the Penn Memory Center that Eli decided to sponsor The Caplan Family Caring Difference Fund. The fund provides help to other caregivers in need of support, allowing the Penn Memory Center to expand programmatic offerings to support more people in more creative ways than ever before.

“Of course our mission at the Memory Center is to cure Alzheimer’s disease,” said Felicia. “But until we do that, we have to find a way to take care of people well and help them live the best quality of life possible with this disease—and Eli recognizes that.”

With support from the fund, PMC’s seven-week caregiving classes — which normally cost over $200 for enrollment — will be free-of-charge to participants for this year. 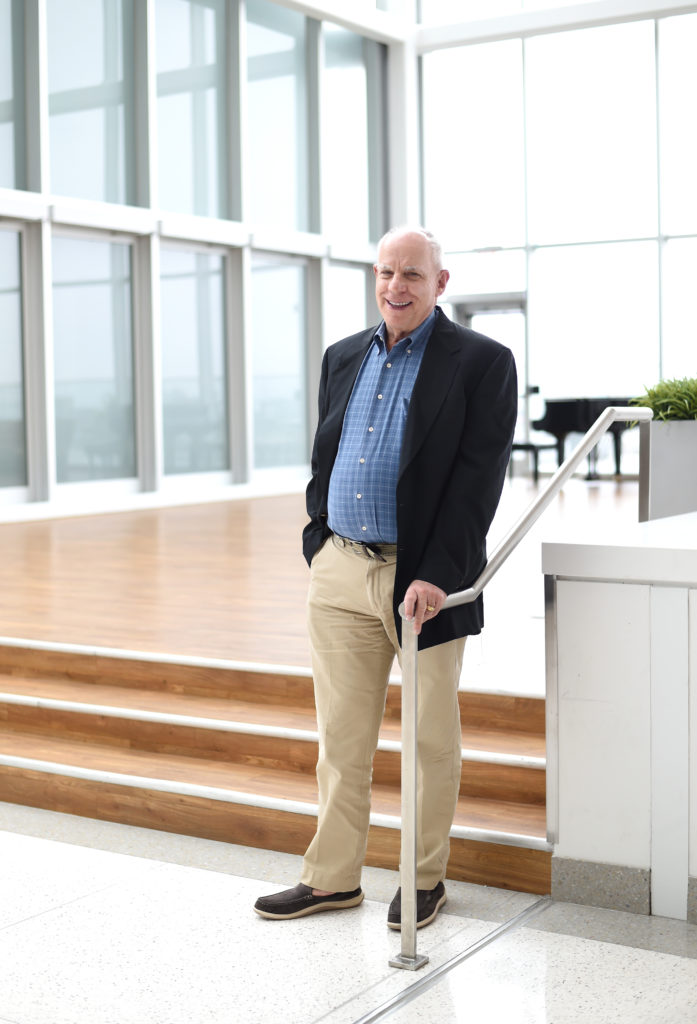 The Caplan Family Caring Difference Fund will provide financial support for expenses related to psychosocial, care and research programs at the Penn Memory Center. It will support staff who educate and train advanced-degree students, as well as those who facilitate the education and training of family caregivers of people with Alzheimer’s disease and related dementias.

The fund will also support family and community education, individual psychotherapy for patients or caregivers, and ongoing support groups. Community engagement programming including a volunteer partnership program with Children’s Hospital of Philadelphia, access to in-home music by Curtis Institute students, monthly memory cafés to support social and cultural engagement, and improv comedy workshops will be offered, free of charge.

“Finally, funds will be used to support the research and evaluation of these quality of life/intervention programs as well as other research to support the mission of the PMC,” Felicia said.

Eli hopes he will witness the day a cure for Alzheimer’s is found, but until then, he will use this fund to keep PMC viable, adding, “I owe everything that I have to the Penn Memory Center.”