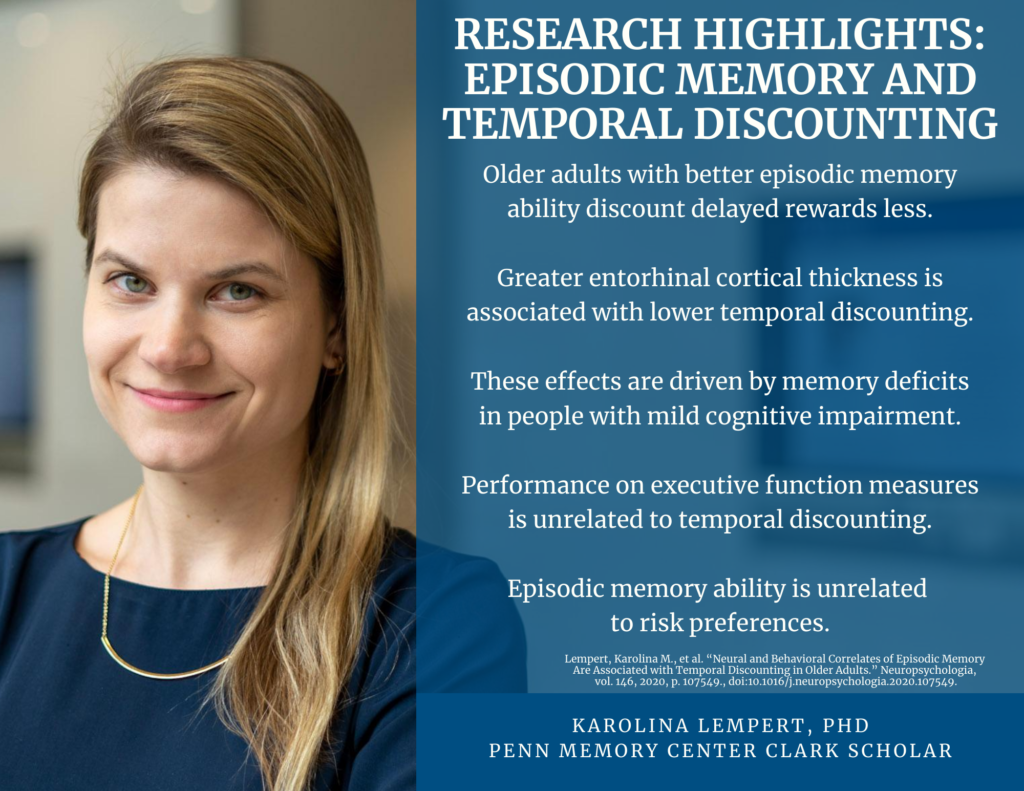 Deterioration of a part of the brain known as the medial temporal lobe can cause an older adult to make more impulsive decisions.

One decision-making process — temporal discounting — places a greater value on a smaller and immediate outcome while dismissing a better but delayed outcome: instant gratification, in other words.

Researchers at the University of Pennsylvania Alzheimer’s Disease Research Center explored this cognition and found that individual differences in temporal discounting are driven by episodic memory function and that a deteriorating medial temporal lobe may impact the ability to delay gratification.

This finding was reported in the September 2020 edition of the journal Neuropsychologia by Penn Memory Center Clark Scholar Karolina Lempert, PhD.

In the paper, Dr. Lempert discussed how temporal discounting impacts decision-making for older adults living with normal cognition and mild cognitive impairment (MCI). She explored how the structural integrity of the medial temporal lobe, including in the entorhinal cortex, relates to temporal discounting. The entorhinal cortex is an area of the brain located in the medial temporal lobe and functions as a hub in a widespread network for memory, navigation, and the perception of time.