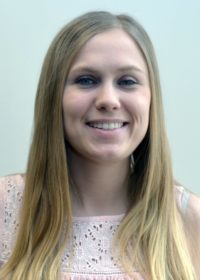 Melissa joined the Penn Memory Center in early 2018 as the clinical research coordinator for the REVEAL-SCAN study. In addition to REVEAL-SCAN, Melissa is also the coordinator for the upcoming AHEAD 3-45 drug studies and a part of the Penn Program on Precision Medicine for the Brain (P3MB). Before starting at the Penn Memory Center, Melissa worked at the Rutgers Center of Alcohol Studies on several studies in the field of addiction and served as the volunteer coordinator for the Cardiac Neuroscience Lab. Melissa earned her bachelor’s degree in psychology with a minor in cognitive science from the University of Pennsylvania in 2015 and has completed graduate work in both social work and higher education administration. She is looking forward to pursuing a master’s degree in health psychology in the near future.