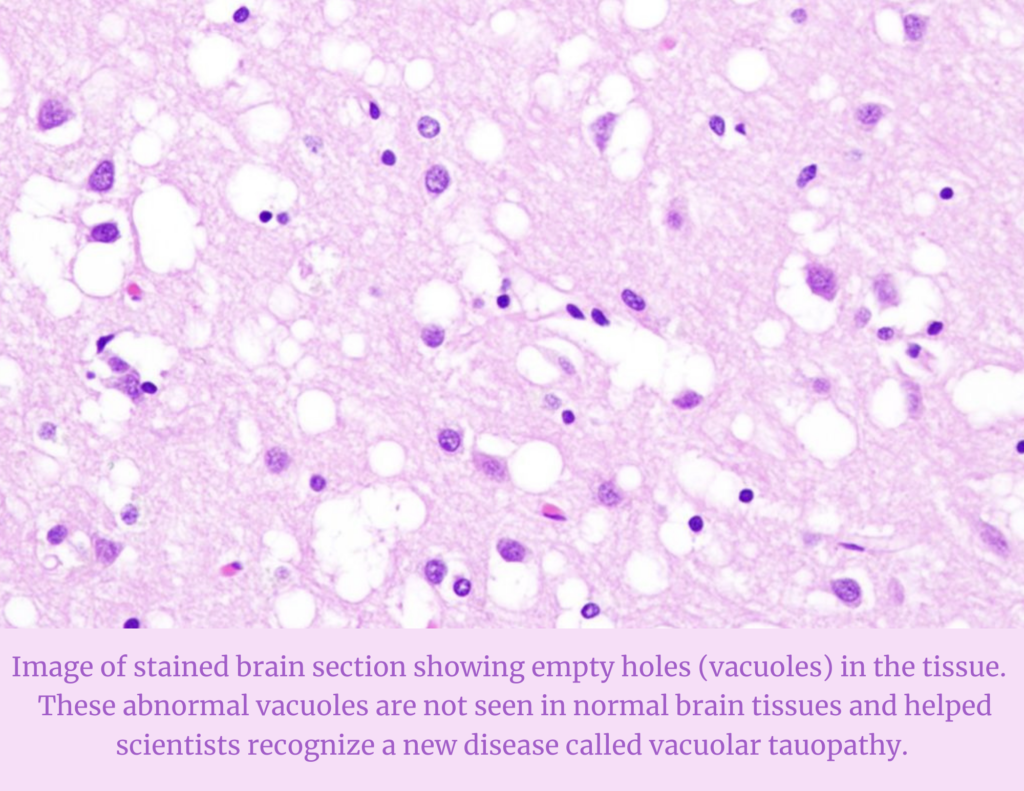 Researchers at the Penn Memory Center have discovered a new and rare form of dementia, which they have called vacuolar tauopathy.

Led by Edward Lee, MD, an assistant professor of pathology and laboratory medicine at the University of Pennsylvania Perelman School of Medicine, the research focused on a family in the United States and a family in Greece that exhibited signs of a new genetic mutation.

In order to learn how the mutation was causing the disease, Dr. Lee and his team studied the Valosin-containing protein (VCP) gene. It is responsible for breaking down proteins that are no longer needed within cells. They found that while VCP normally helps break apart tau proteins, the build-up of which causes Alzheimer’s Disease, the genetic mutation impaired that function in the patients and caused tau aggregates to form.

“We have evidence across multiple people with this mutation that their brains build up a protein called tau, inside their neurons, and that this is leading to neurodegeneration,” Dr. Lee said. “The tau protein that we saw is very similar to the tau aggregates that we see in Alzheimer’s disease.”

Until this study, the only other known genetic mutation that causes the build-up of tau proteins are mutations in the gene that encodes for tau itself. While the tau mutations are about the formation of tau aggregates, the newly discovered mutation is about the process of breaking them up. 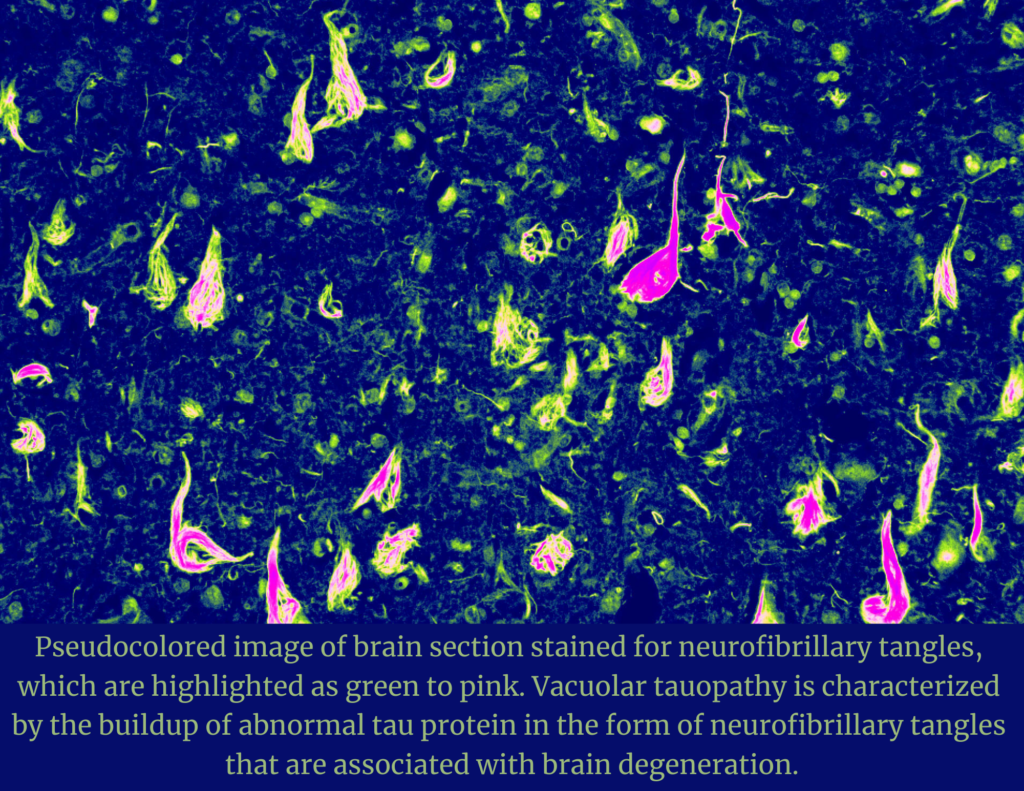 Although Dr. Lee only became involved with the research four years ago, the family in the United States was followed since 2010.

“So, there was this genetic mutation and researchers were thinking that maybe it’s causing another disease,” Dr. Lee said. “But it’s not really until we did the autopsy [for the deceased family member] four years ago that we realized, ‘No, there’s something completely different going on here.’”

This extremely rare genetic mutation was also found and studied in a family in Greece, with whom Dr. Lee got in touch with a year ago.

Symptoms of vacuolar tauopathy include subtle changes in the beginning such as agitation, aggression, loss of impulse control, and poor judgement. Dr. Lee said that, with time, language difficulties and cognitive issues also begin to show, which leads to placement in a long-term care facility.

“It has kind of been a mystery, what they had,” Dr. Lee said. “It’s almost heartbreaking to see three of three siblings having the same neurodegenerative disease, dementia. They really were grasping answers. They were trying to understand what was going on in their family.”

The discovery of rare genetic forms of disease can shed light on more prevalent forms of the disease. In this case, Dr. Lee said that this rare form of dementia could help researchers further understand Alzheimer’s disease.

Dr. Lee said that since the loss of function of VCP is responsible for building up tau protein, perhaps an increase in VCP activity could treat neurodegenerative diseases like Alzheimer’s disease or other causes of dementia.

The research was published in Science magazine on Oct. 1.

You can watch a video interview with Dr. Lee regarding vacuolar tauopathy here.