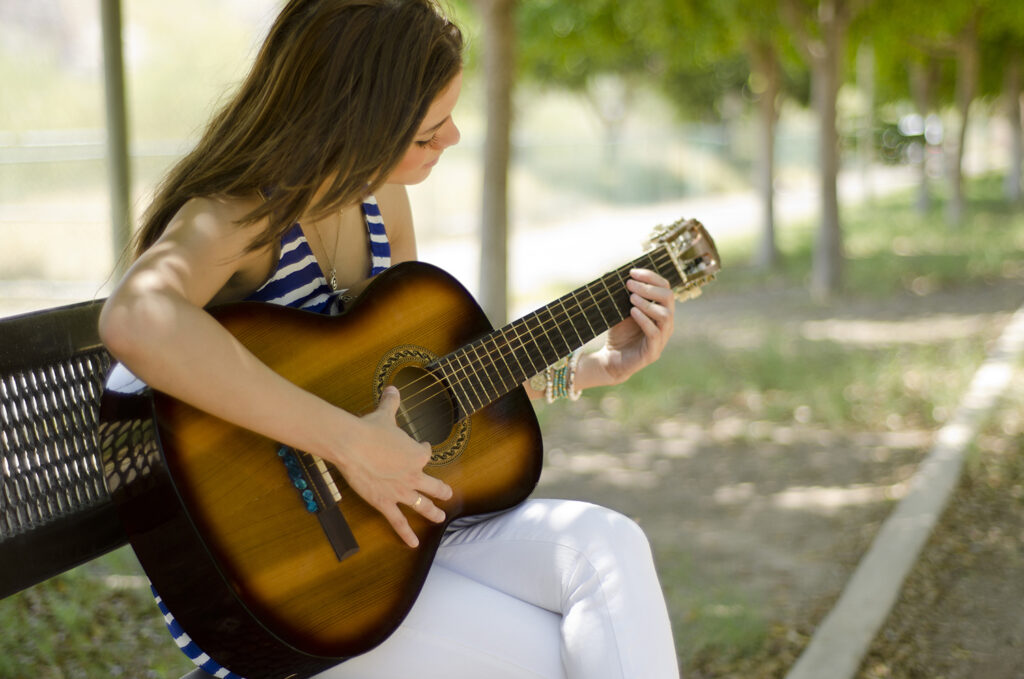 Anna Kozlowska, a master of social service intern at the Penn Memory Center, held up a picture in front of her camera. The picture showed a young woman playing in the guitar on a park bench. She posed simple questions to her audience of ten – Who is the young woman? Why was she there? What was she doing?

An hour later, the young guitarist’s story had been told by the participants: She was a musician who missed her husband while he was away at war; she was singing a song about the beauty of nature; she was someone who loved making music.

“It’s kind of like making a necklace from beads,” Kozlowska said. “We kind of string our thoughts and feelings together, and we read as it goes.”

This was the first session of TimeSlips, a new program offered by the Penn Memory Center. Originally created by MacArthur fellow Anne Basting, TimeSlips is a movement that aims to bring purpose through creative engagement for older individuals.

“I used to do TimeSlips when I worked in assisted living and I found that it was a very engaging program and appropriate for people diagnosed with dementia and different levels of cognitive functioning,” Kozlowska said.

Click here to learn more about Anne Basting and the TimeSlips program.

Kozlowska begins each session by introducing a prompt in the form of a picture. She asks simple questions to get participants to explore the picture and create a story out of it. From lonely artists singing about their lover to fantastical stories about defying gravity, participants have explored their own feelings through the stories they create.

“The idea of this program is that you don’t want to rely on memory,” Kozlowska said. “That’s always a challenge for people who have memory loss. So, when you relieve them of the pressure to remembering things, you encourage them to just imagine things, respond to the picture, and respond to each other.”

The sessions are virtual and contained to five participants for the time being, so as to allow a free flow of responses and creativity.

“Once you create something, it’s out in the open,” Kozlowska said. “And this story that was created, it was connected together by all the participants. So, that’s how they express themselves. That’s also how they create a connection between themselves and a meaning.”