You are here: Home / News & Events / Sustainable self-care for caregivers 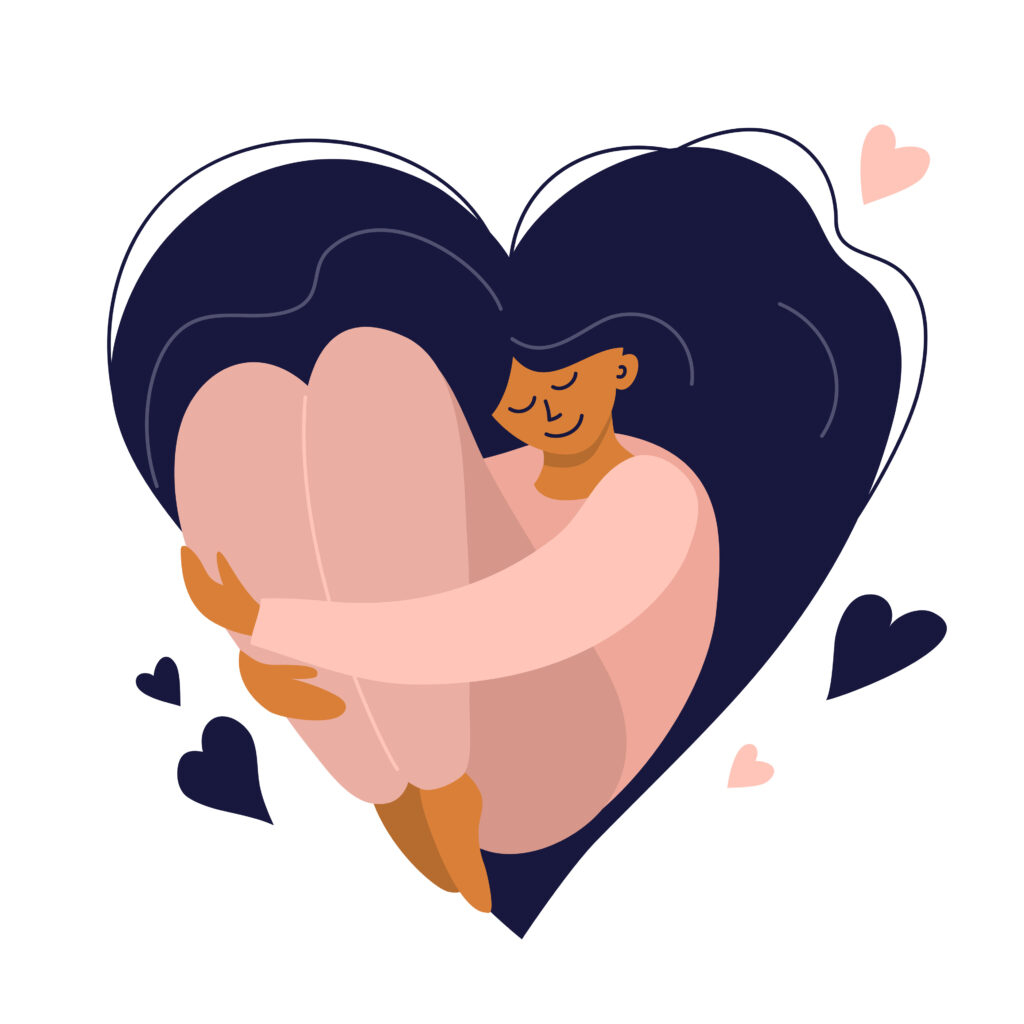 “Stephanie” was hyper-focused on providing the best possible care for her husband, who had been diagnosed with early-onset Alzheimer’s disease – not just any regimen would do. He had a special place setting at the table, adaptive clothing, and a bin of products for sensory stimulation. When he asked the same question multiple times in a row, she took deep breaths so she could answer the same way every time without losing her temper, and she budgeted twice the time it usually took them to get out of the house so she didn’t have to rush him. As a former executive, she was used to tackling problems like this. And by all accounts, she was excelling in her role as her husband’s caregiver.

However, on the inside, Stephanie vacillated between feeling empty and overwhelmed with emotion. If she ate a meal at all, she had leftovers while standing over the sink. She canceled her own medical check-ups and her gym membership. When she lost her temper with her husband, she internally berated herself for being a bad caregiver.

Stephanie was compelled to start psychotherapy after a particularly bad week. Her husband would follow her around the house (a common behavioral symptom of dementia), and when she tried to hire a caregiver so that she could go to lunch with a friend, he was so distressed that the caregiver called her and asked her to come home. She told me through tears that she had resigned herself to never leaving the house again, or at least until her husband died.

A few weeks into our relationship, I asked her, “Have you ever thought of applying the same thoughtfulness, care and compassion you put into caregiving towards yourself?”

She looked at me blankly.

I am used to this reaction. As a social worker at the Penn Memory Center, I provide various forms of support to hundreds of dementia caregivers a year. And, without fail, the question I ask that is hardest for my clients to answer is, “how are you taking care of yourself?” Often, the answer sounds something like, “well, I used to golf with my friends but I can’t anymore” or, “with what time?” A large part of my job is to help these individuals understand that self-care is not selfish, but rather self-preservation. 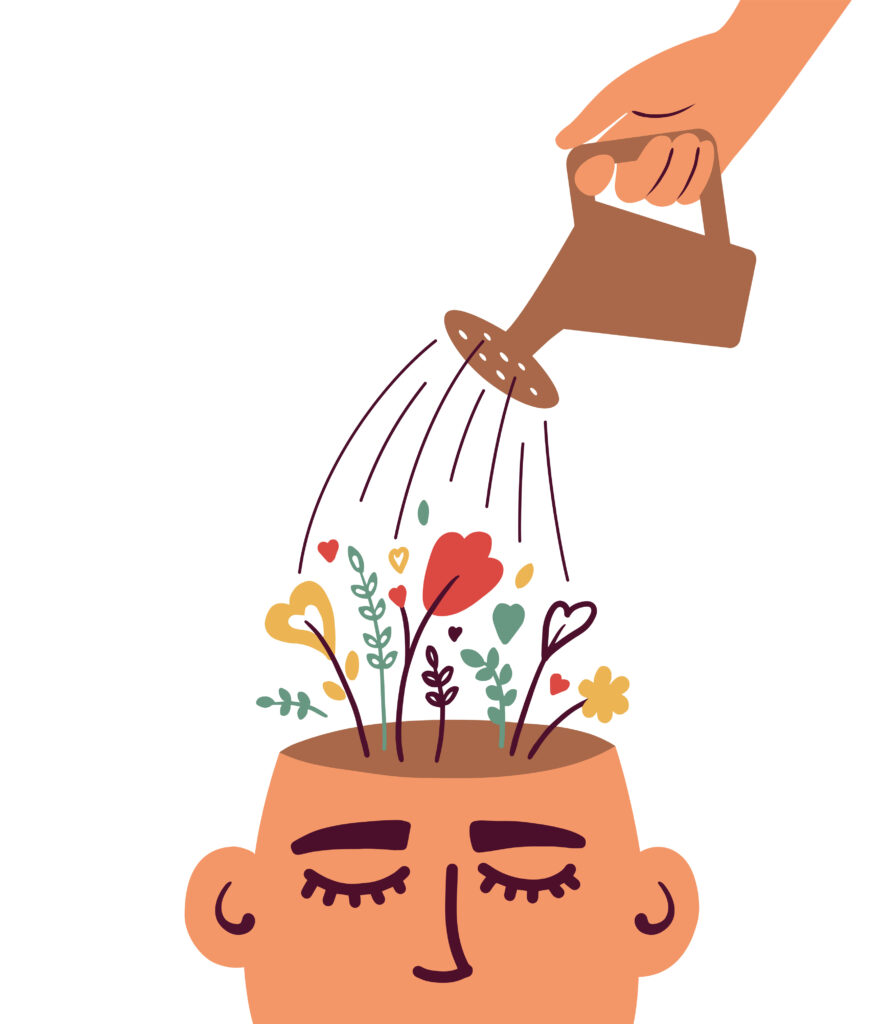 Self-care as a concept has become particularly buzzy over the past decade, and especially so over the course of the pandemic. It was offered as the solution to everything. Burnt out at work? Self-care! Stuck home-schooling two kids while working full-time? Self-care! Then came the backlash – think pieces pointing out that this advice implies that individuals are to blame for their own stress, rather than that the society and systems they live in are not working properly. Like most things, the answer probably lies somewhere in the middle – self-care can be a wonderful thing, and it can also be used as a weapon to make people feel bad about themselves.

But for dementia caregivers, self-care is more than just a trendy buzzword – it is a survival mechanism. Because Alzheimer’s disease in most cases is a slow, progressive disease that moves from diagnosis to death, on average, over the course of eight to ten years, family caregivers are often dedicating up to a decade of their lives to providing daily care that grows in intensity as the years go on. The Alzheimer’s Association’s Annual Facts & Figures report found that in 2021, well over half of the caregivers studied had been providing care for four or more years. And, it has been well-documented that dementia caregivers suffer significantly higher rates of depression, anxiety, chronic health problems, and untimely death.

There have been countless therapeutic interventions aimed at reducing this kind of caregiver burden, including the Penn Memory Center’s seven-week psychoeducational class “Caring for the Caregiver.” When I review participants’ feedback, they share that the lesson that’s made the biggest difference for them in terms of their mood and physical health is understanding and implementing more self-care into their routines. Many link this practice to their sustained ability to keep a loved one at home and out of a nursing home. Others note that one small shift in perspective (that they, too, matter; and that they must take care of themselves in order to care for someone else) helped alleviate their feelings of guilt when they took a very necessary break.

Self-care does not have to be about buying products or scheduling fancy spa days. In fact, the most sustainable self-care (particularly for caregivers) fits easily into a daily routine, is free or low-cost, and can take as little as one minute. It is anything that one does to protect one’s own sense of mental or physical well-being. In general, it might mean:

And for a dementia caregiver it might also mean:

On a deeper level, caregiver self-care can also be the missing piece that helps reconnect dementia caregivers with their own reality. As anyone who has caregiving experience knows, you will never win an argument with someone with dementia. Trying to do so will only sap your emotional energy and cause both parties frustration. I often explain this by saying, “your partner is living in a different version of reality than us, but they are not able to meet us in ours – we must meet them in theirs.” So when someone’s wife says she just spoke to her parents (who died 25 years ago), it is the partner’s job not to correct her, but to say, “and what did you discuss?” 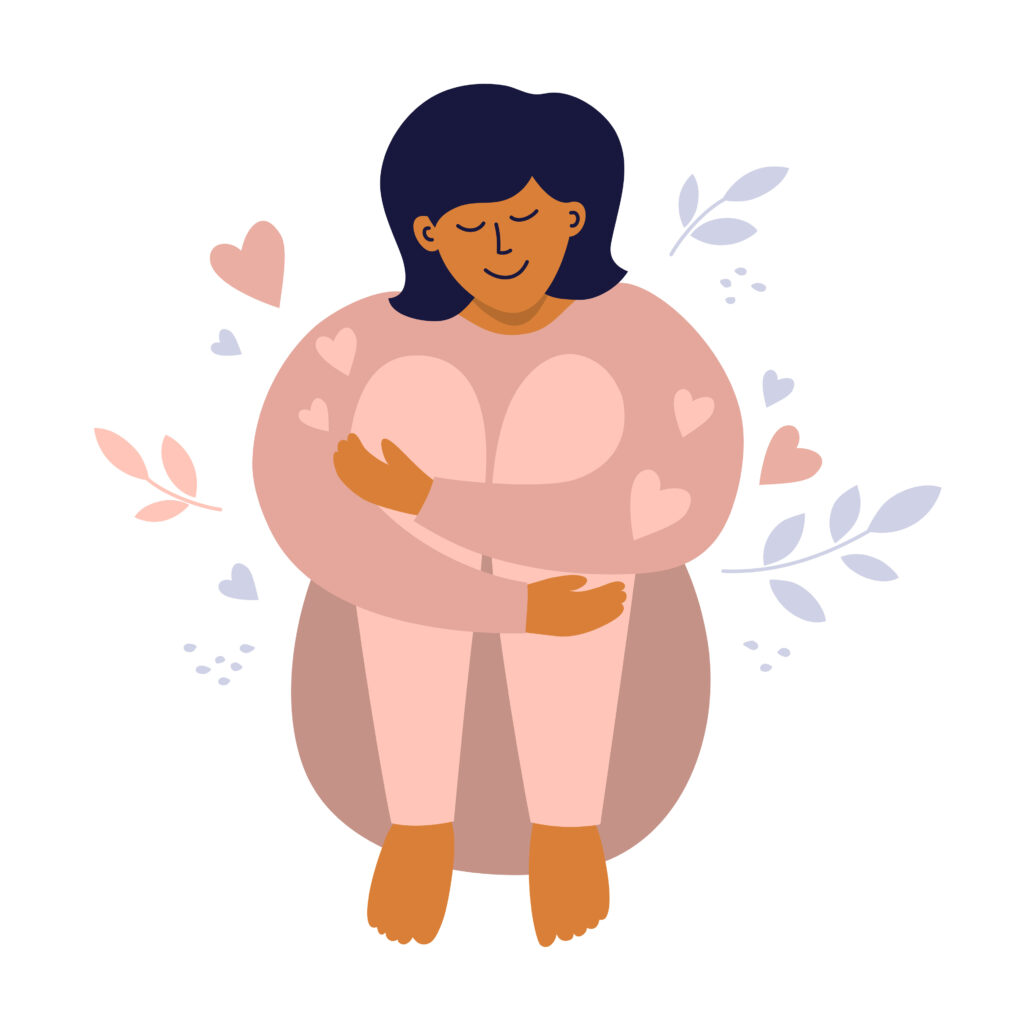 However, straddling these two realities can take a toll. Veteran caregivers who’ve mastered the art of communicating effectively with their care partner often report feeling disoriented themselves as they spend more and more time trying to understand the workings of an alternate reality. Caregivers frequently tell me that they’ve lost sense of who they used to be before their loved one’s diagnosis. Many have had to reduce their work hours or retire early, and many more are unable to attend the types of social functions they once enjoyed. Now, they just feel like a caregiver. Self-care can help reconnect these individuals to a version of themselves, or a version of objective reality that often has to be put on hiatus. There is life after caregiving, but the transition is easier for those who don’t completely lose sight of who they are as individuals.

I would be remiss if I didn’t mention that self-care is not a substitute for the type of healthcare and insurance reforms that would pay for more hours of respite care. Many do not know that no insurance (with the exception of those who bought a long-term care policy, or those who qualify for Medicaid) pays for long-term companionate aide care. Many of the caregivers I work with are privileged and are able to take retirement while still paying for occasional or even full-time help at home, at the rate of up to $35 per hour. But those who are not in this position will simply have less time, less money, and less energy to try any of the techniques I describe above.

The eminent psychologist Pauline Boss studies and writes about ambiguous loss, or the type of grief one might experience when a loved one is present physically, but absent psychologically. Humans love decisiveness, structure, and categories, and sitting with ambiguity can cause many of us to feel hopeless and out of control. But by encouraging and supporting caregivers to give themselves the same quality of care they give to their loved ones, something that can be controlled, we can help reduce the enormous burden we place on this ever-growing group of families affected by dementia.