Marianne Watson, RN, who has served the Penn Memory Center as senior research nurse since its inception 25 years ago, is retiring in July.

Felicia Greenfield, LCSW, executive director of PMC, made the announcement at the 2018 Research Partner Thank You Luncheon. News of Ms. Watson’s pending departure was met with a mix of saddened cries — “no!” and “don’t go!” — cheers of congratulations, and nostalgia. 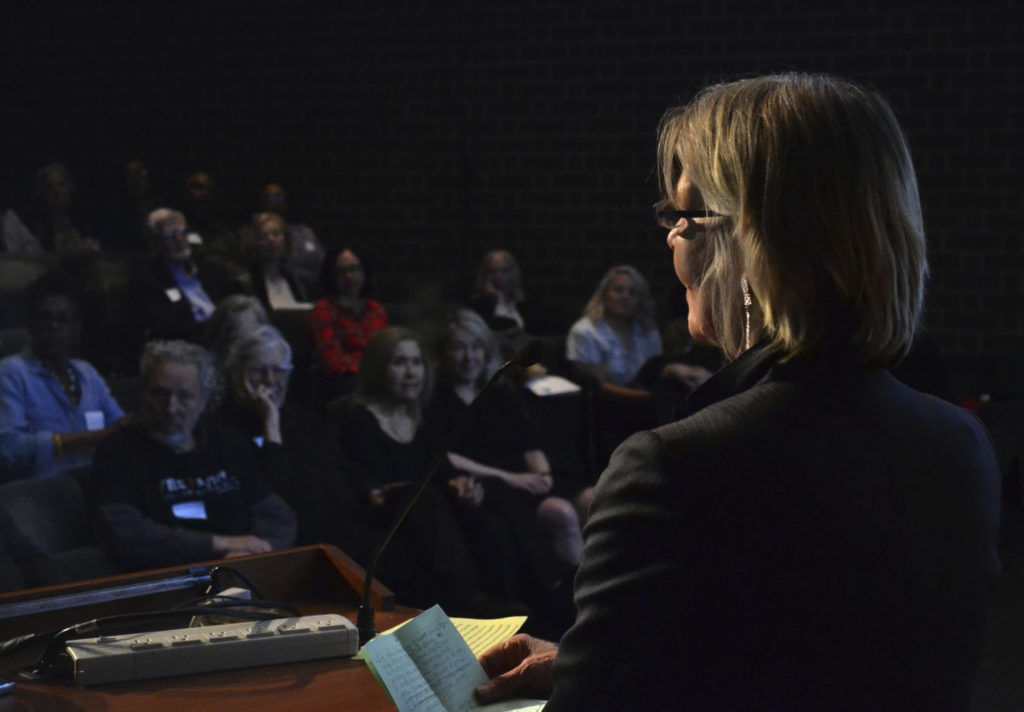 “Marianne, every day you came to work with a song in your heart and a smile on your face,” said Jason Karlawish, MD, PMC co-director, at the luncheon. “I think the strength of who you are and what you’ve done will be realized in years to follow. One of the great strengths of what we built is it can carry on like all strong institutions.”

Before Ms. Watson started at the center, founded by Christopher Clark, MD, in 1990, there were only four staff members: a doctor, a secretary, a research coordinator, and a memory tester. Then they made it five with the hire of a nurse.

“The size of the place,” said Ms. Watson with astonishment as she commented on how far the center has come. “We started with five people, and now I don’t even know how many people work here. Do you?”

The PMC team has grown substantially over the last almost three decades since its establishment. The Center now has a team of physicians, research coordinators, scholars and fellows, and social workers.

Ms. Watson recalls a time when she was everything wrapped in one: a nurse, social worker, and support group, but she had training only in nursing. That’s not to say she minded the mix of responsibilities. She felt overcoming challenges formed her entire professional career. PMC was her first and only full-time job after nursing school, after all.

News of her retirement was met with nothing but well wishes and kind words from the PMC community.

“Marianne has been a colleague and a friend to all of us at the Penn Memory Center, and while we’re excited for her next adventure, she will certainly be missed,” said Ms. Greenfield. 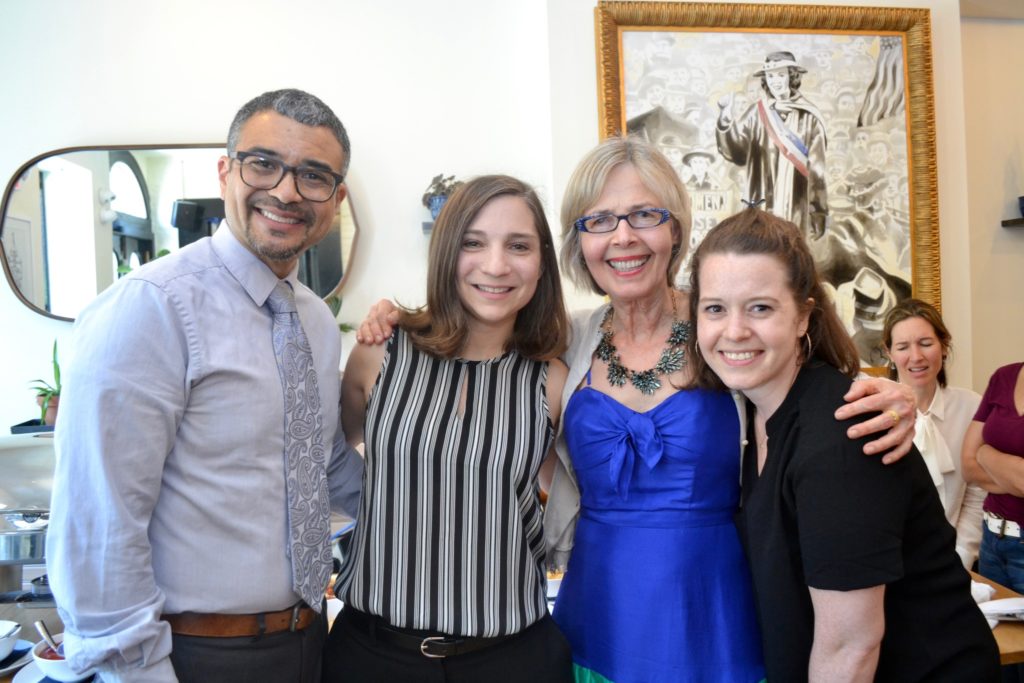 Over the years, Ms. Watson became involved with several aspects beyond her duties as a nurse, such as being a part of the brain donation center, handling recruitment efforts, and providing patient and family support. Of all of the improvements and additions made to the center since it was founded, Ms. Watson says the social work and support groups were an important component that she is proud of.

One of the greatest displays of the work she did is her involvement with the National Alzheimer’s Coordinating Center (NACC) study, now known as the Aging Brain Cohort (ABC) study. This is the largest research study in the nation dedicated to better understanding Alzheimer’s disease, mild cognitive impairment (MCI), and healthy brain aging. As the senior research nurse, Ms. Watson is the person who sees patients before the doctor and does the initial screening.

While everyone who comes in to the clinic has to see some combination of doctors and research coordinators, Ms. Watson is the only person at PMC who has met every single research participant in the study.

“The NACC program and the Penn Memory Center is [very much] Marianne,” said David Wolk, MD, PMC co-director. “I think that Marianne has been such an integral part of it over the years, and many of you identify our program most with her.”

Since the center was funded 26 years ago, the ABC study has had over 4000 participants.

“My NACC participants, they feel like family to me,” Ms. Watson said. 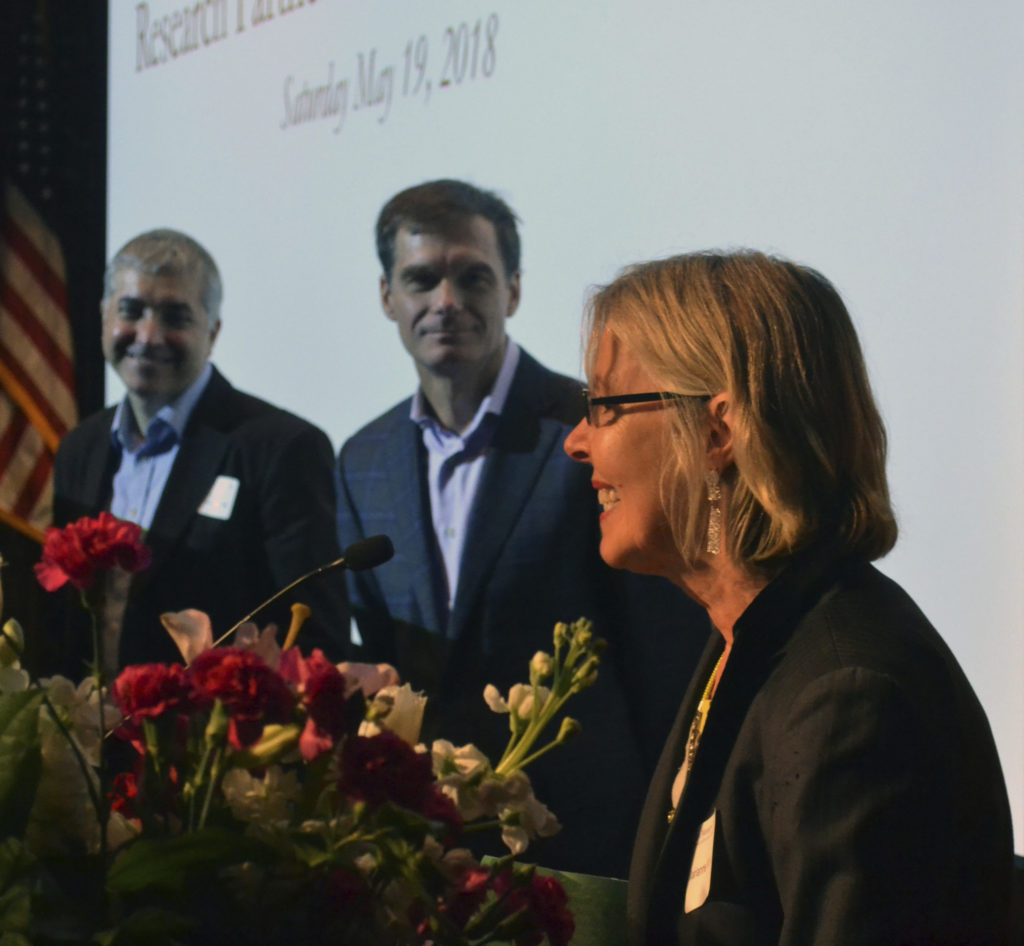 Ms. Watson said she really believes in what she’s doing and what the center is doing, and this is most noticeable through the connections she made with people.

“I am sad for me and happy for Marianne,” said Renee Packel, who cared for her husband, a PMC patient. Ms. Packel credited Ms. Watson for her participation in research and said she would miss her insight.

“She is an asset for anyone going through Alzheimer’s,” said Ms. Packel.

Ms. Watson is still to this day astounded by the generosity of research participants, willing to sign up for more things, complete additional testings, and get involved with other research studies. It makes her job all the more worthwhile.

“She has a genuine interest in people. It wasn’t just a job to her. She truly liked the people and it showed,” said Anne Clark, the widow of Dr. Clark. Ms. Watson is “the epitome of graciousness,” Ms. Clark said.

Bill Eisen, an ABC research participant, was very matter-of-fact in reflecting about Ms. Watson. “[She is] one of the most pleasurable people I have ever met,” he said.

It was because of the close connections she made that her decision to retire was not an easy one to make. She feels proud of the work she did and feels it is time for her to move on to her next adventure. 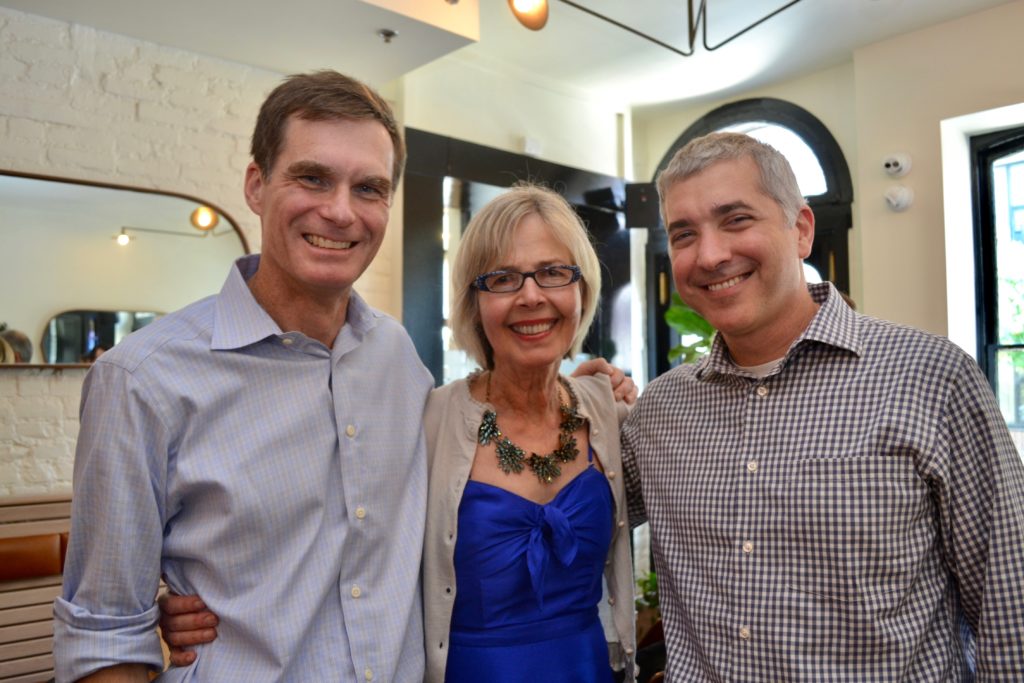 Her natural warmth, caring nature, delightful smile, and graciousness will be missed at PMC.

“It’s been my great privilege and honor to work with everyone here…especially my NACC family, and you really have been like family to me,” Ms. Watson said. “I’ve learned so much from you, you’ve trusted me, we’ve laughed and we’ve cried, and I will greatly miss you.”