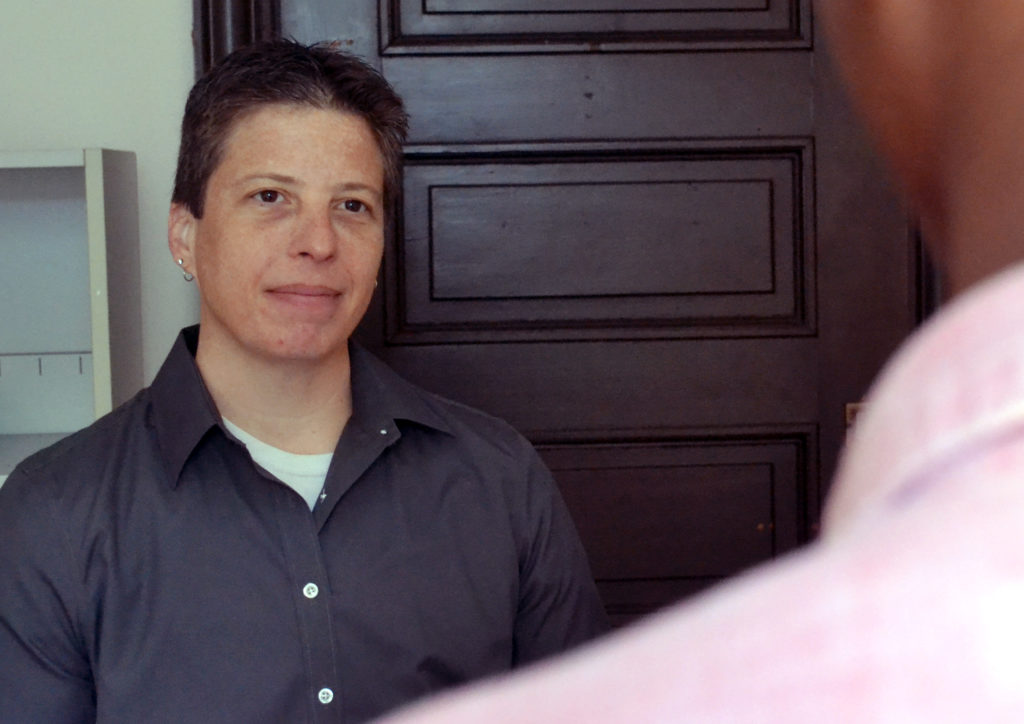 Dr. Stites was joined by Peter Rabins, MD, MPH, in a discussion on how stigma affects people’s willingness to take novel early-detection methods for Alzheimer’s such as gene-testing for APOE4 or blood tests available to Americans on the horizon.

Dr. Sites broke down how stigma and lack of treatment would make people think twice about discovering their risk for Alzheimer’s but highlighted the ability to make changes and preparations in life before the symptoms progress too far.

“There is that other question that is being answered by learning gene or biomarker result… ‘now that I know I’m more at risk and I’ll make more aggressive decisions about other parts of my life,’” Dr. Stites said.

The debate between knowing and not knowing is a deeply personal one, layered in biases and misconceptions. Dr. Stites commented on how public understanding has attempted to keep up with advances in treatment.

“I’d like to give you the optimistic answer: I think it is…Much of the research we’re conducting at the University of Pennsylvania is embedded right alongside the clinical trials and the medical research,” she said.

You can listen to the full episode here.