A team of researchers led by Li-San Wang, professor of pathology and laboratory medicine in the Perelman School of Medicine at the University of Pennsylvania, has been awarded a two-year pilot grant expected to total $4.8 million from the National Institute on Aging (NIA), part of the National Institutes of Health, for studies of the genetics of Alzheimer’s disease in people of Asian heritage.

Alzheimer’s disease (AD), the most common cause of dementia among seniors, affects about 6.5 million people in the United States and Canada combined. Its prevalence is expected to increase significantly in the coming decades as these countries’ populations age. The cause or causes of AD are still unclear, and success testing therapeutic targets to slow or stop the disease process has been elusive in the last two decades despite many clinical trials. Scientists continue to seek clues to the disease’s origin in large genetic studies as well as studies of lifestyle and other factors. But while susceptibility to diseases may differ by ethnicity, and indeed small genetic studies suggest that Asians may have a distinct set of genetic risk factors for Alzheimer’s, studies of this disease (and many other complex diseases) so far have recruited mostly populations of European ancestry.

A key goal of the new project, which is called the Asian Cohort for Alzheimer’s Disease (ACAD), is to enroll a population of at least 5,000 participants of Asian ancestry in the United States and Canada—a large enough sample to enable the discovery of new gene variants related to AD risk. ACAD will be recruiting participants over age 60 who have evidence of cognitive impairment, as well as age- and sex-matched controls who have no cognitive complaints. The researchers will compare the DNA, medical histories, and lifestyle factors of these two groups for clues to risks for dementia, and will track participants’ memory and other cognitive test scores. 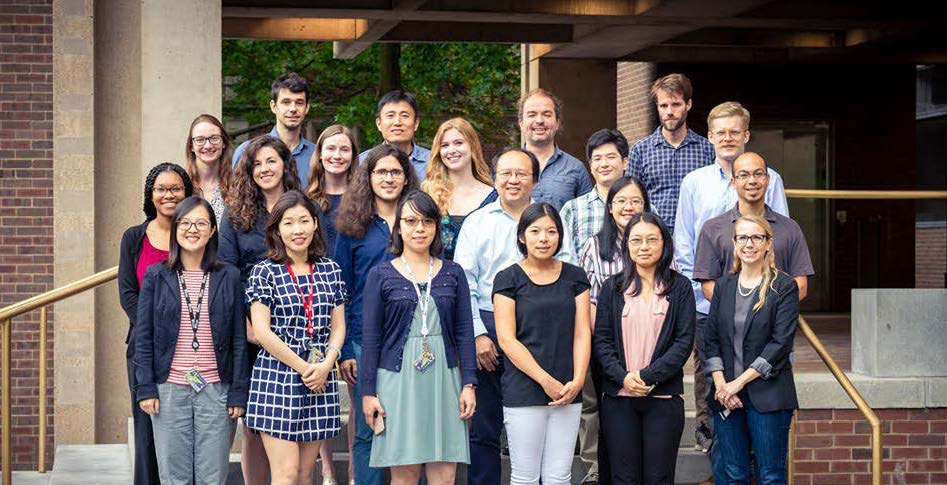 Dr. Wang has a distinguished track record in research on the genetics of neurodegenerative disease and the management of collaborations for such research. He co-directs the Penn Neurodegeneration Genomics Center, and the NIA-funded Genome Center for Alzheimer’s Disease (GCAD) and NIA Genetics of Alzheimer’s Disease Data Storage Site (NIAGADS).  He is a faculty member of the newly founded Penn Center for Global Genomics and Health Equity directed by Sarah Tishkoff, the David and Lyn Silfen University Professor in Genetics and Biology, who is on the ACAD scientific advisory board.

For the two-year pilot period covered by the initial funding, Dr. Wang and colleagues will demonstrate the feasibility of the wider project by first enrolling and beginning studies of a smaller cohort of ethnic Chinese participants at a number of academic centers in the U.S. and Canada. In addition, ACAD will conduct pilot studies for recruiting Korean American and Vietnamese Americans to validate recruitment strategies and assessment procedures in preparation for the full project. ACAD investigators have invested heavily in the enrollment team’s crucial role in engaging directly with local ethnic Asian communities and their senior populations, with bilingual staffing and in a culturally sensitive way, to develop long-term trust and thereby enhance the recruitment effort.

“We really have an exceptionally cross-collaborative team for this project, which may be the key to our ultimate aim to assemble a large-enough cohort that we can get a clear picture of the genetic risk factors for Alzheimer’s disease among Asian-Americans and Asian-Canadians,” Dr. Wang said. “Having a better understanding of these risk factors will inform treatment and other care-related decisions, especially when effective treatments are available, and should also help us make more accurate models of the lifetime Alzheimer’s risk in these fast-growing segments of the aging population.”

Penn investigators include Gerard Schellenberg, a professor of pathology and laboratory medicine, and Mingyao Li, a professor of biostatistics, epidemiology, and informatics (DBEI). The other principal investigators for the project are Helena Chui, of the University of Southern California, Van Ta Park, of the University of California—San Francisco, and Gyungah Jun, of Boston University.

This article was originally posted in the Almanac.

The Problem of Alzheimer’s: How Science, Culture and Politics Turned a Rare Disease Into a Crisis and What We Can Do About it

Supported Decision-Making: An alternative to guardianship for adults with cognitive impairment