By Meghan McCarthy and Cait Kearney

Editor’s Note: This article is a broad summary of research at and beyond the University of Pennsylvania. We will revisit these topics in greater depth in the coming weeks. 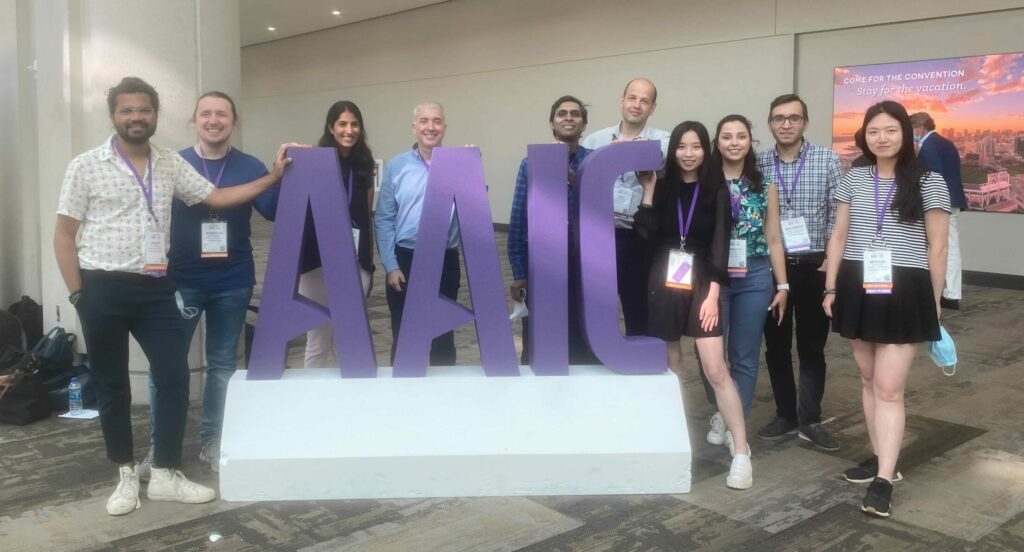 University of Pennsylvania researchers at AAIC 2022

Promising advancements in Alzheimer’s diagnostics, interventions, and the understanding of the basic science of the disease were on display at this year’s conference.

Experiences of racism are associated with memory and thinking issues

A large study of 1,000 adults showed that people who experienced racism were more likely to have issues recalling things that happened in their pasts. These findings were echoed in another study of 445 of people who were 90 or older. Those who faced discrimination throughout life had poorer long-term memory than those who did not.

Even low exertion exercise can protect your brain cells against damage

The EXERT study closely examined the benefits of exercise for people living with mild cognitive impairment (MCI) over the course of a year. Those who regularly got their heart pumping and those who regularly stretched showed no signs of cognitive decline compared to those who did not exercise.

In 2019, Biogen suddenly pulled the plug on two clinical trials testing the Alzheimer’s drug aducanumab. Some research participants heard the news on TV, before research teams could reach out to them. This left participants feeling confused and disappointed.

At AAIC 2022, experts including Penn’s Emily Largent, JD, PhD, RN, made recommendations on how to improve communication with and support for research participants if their study ends early. Some of these recommendations include:

“Research participants and their study partners invest significant time and effort – and hope – in their research participation,” said Dr. Largent. “Respecting that investment requires that we find better ways to communicate with them and to support them when trials end early.”

Some people may develop Alzheimer’s disease at 65 and others at 90. The disease may progress slowly for some and rapidly for others. Symptoms can vary widely.

Alzheimer’s disease has many different underlying pathologies. This variety is called heterogeneity — a primary research focus of the Alzheimer’s Disease Research Center (ADRC) at Penn.

“The Penn ADRC and larger community has made this a central focus of our research which requires the collaborative spirit and integration of neurodegenerative disease centers that is unique to Penn,” said Dr. Wolk.

Understanding these differences is vital to developing effective diagnostic tools and interventions.

“We believe that a deeper understanding of heterogeneity will not only improve diagnosis and prognostication, but will lead to tailored therapies that will enhance our success in treating these tragic conditions,” said Dr. Wolk.

The way we talk about dementia matters 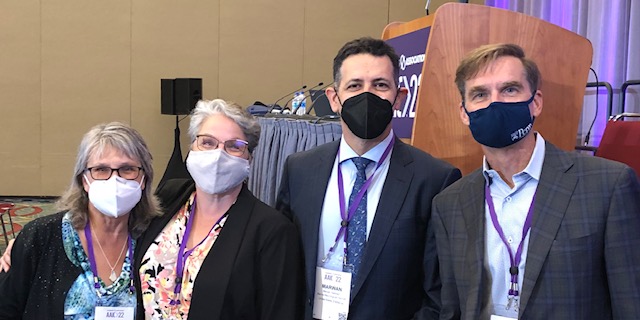 The group is working to stop the use of stigmatizing terms, such as calling someone “demented,” and on clarifying terms that are often confused with one another, like dementia, Alzheimer’s disease, and mild cognitive impairment (MCI).

“Patients, families and clinicians need words that make sense of their problems and make a plan. Researchers use them to consistently and accurately measure their data and report their results. And advocates and policy makers use them to set goals, measure progress and allocate resources,” said Dr. Karlawish.

Several Penn researchers presented their work on machine learning, or when computer programs are trained to execute tasks and can then solve problems independently. Benefits to machine learning include efficiency and accuracy.

Sandhitsu Das, PhD, is a research assistant and professor of neurology at the Perelman School of Medicine.

“In Alzheimer’s and related dementia (ADRD), various forms of machine learning are used for traditional prognostic purposes such as predicting if and when an individual is likely to progress to dementia, as well as more complex tasks in imaging, genomics, and biomarker discoveries,” said Dr. Das.

The focus of machine learning in ADRD at AAIC reflects the method’s increasing prominence within the field.

“It is not new, but has really taken off over the last decade or so,” said Dr. Das.