You are here: Home / News & Events / ‘That would be dreadful’: Researchers study thought process behind revealing Alzheimer’s test results 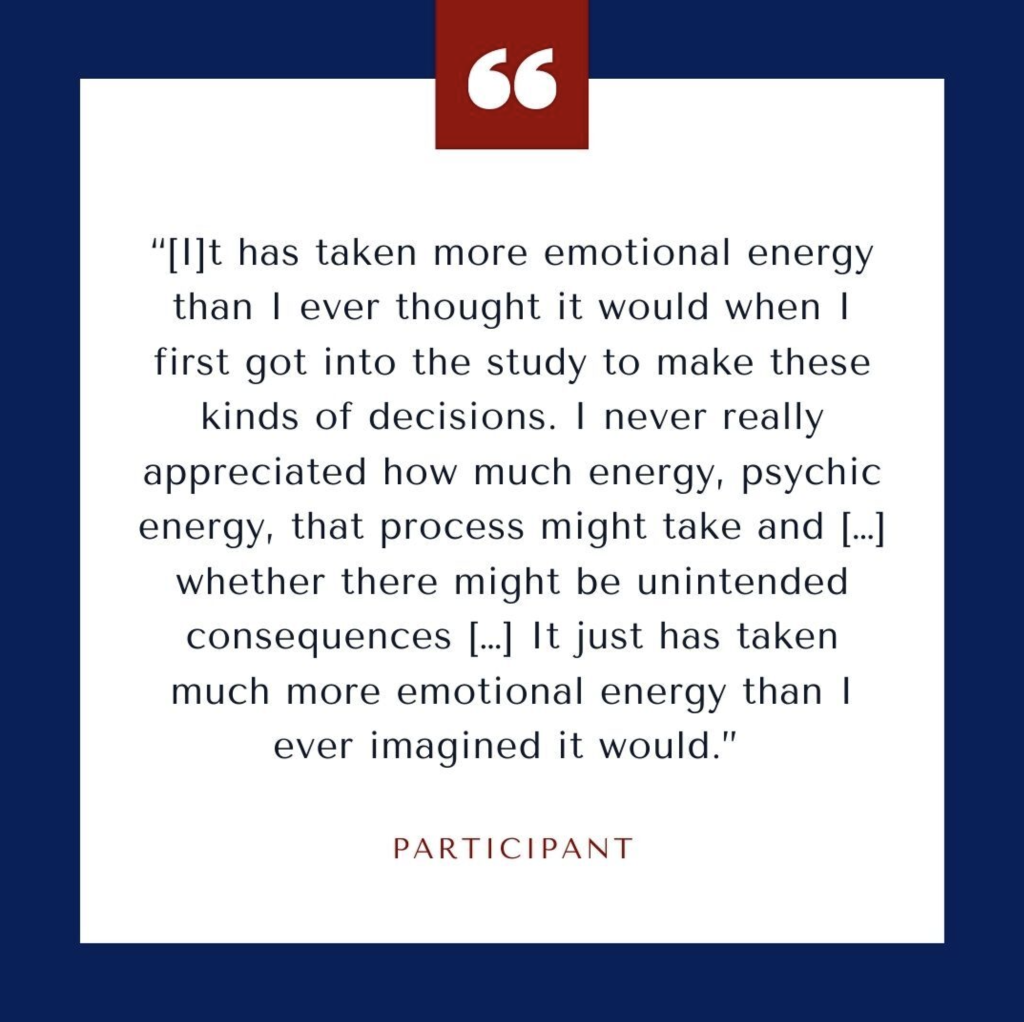 If you tested positive for a biomarker of Alzheimer’s disease, whom would you tell? Why?

Penn Program on Precision Medicine for the Brain (P3MB) researcher Emily Largent, PhD, JD, RN, conducted two qualitative studies to understand individuals’ decision-making process as they choose whom, why and how to share information regarding their Alzheimer’s disease biomarker and genetic testing results. The study, titled “‘That would be dreadful’: The ethical, legal, and social challenges of sharing your Alzheimer’s disease biomarker and genetic testing results with others,” was published in the Journal of Law and the Biosciences on May 19.

The studies were done in collaboration with three other researchers from Penn Program on Precision Medicine for the Brain (P3MB): Shana Stites, PsyD, MS, MA; Kristin Harkins, MPH; and Jason Karlawish, MD.

“As we started analyzing the interview transcripts, we were quite moved. Both of these pieces of information — genes and biomarkers — convey something important about the individual’s risk of developing dementia caused by Alzheimer’s disease,” Dr. Largent said. “People put their fingers on very interesting social and legal challenges that arise from learning this information about yourself and then sharing it with others.” 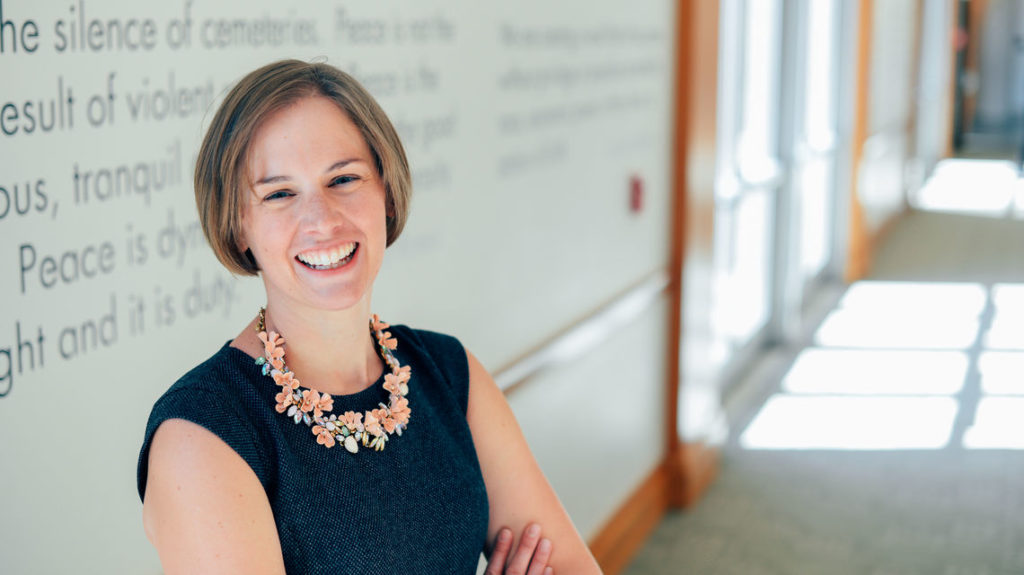 The researchers found that every participant revealed their testing results to at least one other person. For those who learned they were at increased risk of developing dementia, the reason for sharing this information is often to gain emotional support as they process the information or to help them plan for their future.

“Maybe they share with someone who they hope will be willing to serve as their surrogate decision maker in the future, or maybe their loved ones will become a caregiver for them, if they go on to develop dementia, and they want to better prepare them,” Dr. Largent said.

Among the participants who had genes or biomarkers that increased their risk for dementia caused by Alzheimer’s disease, researchers noted that many felt the emotional weight of deciding whether or not to share their results with others.

“[I]t has taken more emotional energy than I ever thought it would when I first got into the study to make these kinds of decisions,” one participant is quoted as saying. “I never really appreciated how much energy, psychic energy, that process might take and […] whether there might be unintended consequences […] It just has taken much more emotional energy than I ever imagined it would.”

One of the more interesting parts of the results were concerned with why an individual might choose not to share information about their gene or biomarker results with certain people.

“They often choose not to share because they are worried about experiencing stigma or bias,” Dr. Largent said. “They worry about being treated differently by friends and family members. There were also worries about discrimination in the workplace, discrimination in housing, and discrimination in purchasing insurance.” The title of the paper — ‘That would be dreadful’ — comes from a participant who anticipated that sharing could lead to discrimination.

Dr. Largent believes that the participants’ caution about sharing is warranted in these settings because dementia caused by Alzheimer’s disease is highly stigmatized. Prior studies by P3MB researchers have also shown that a positive biomarker for the disease produces negative reactions among members of the general public.

The researchers cited the Yale New Haven Hospital’s adoption of a “Late Career Practitioner Policy” as an example of discrimination against older adults. Under the policy, all clinicians above the age of 70 were required to undergo neuropsychological exams. Through this, over 12% of the clinicians were said to have cognitive issues that could affect their ability to practice medicine. Although the Equal Employment Opportunity Commission sued the hospital last year for discrimination on the basis of age and disabilities, the situation serves as an example of the stigma surrounding the cognitive ability of older adults, even in the absence of any cognitive symptoms.

“Our research highlights the insidiousness of the stigma of Alzheimer’s disease and how people choose not to share because they are worried about the social consequences,” Dr. Largent said. “We have had all these scientific advances, but the legal protections for patients who get information about their dementia risk haven’t kept pace with the science. Our data is a way of highlighting the legal gaps.”

An earlier study from the University of California, Los Angeles in 2018 stated that approximately 46.7 million Americans have preclinical Alzheimer’s disease.

“It is important to put adequate protections in place so that if people want to share, they aren’t facing any negative repercussions,” Dr. Largent said. “This will be especially important once we have a disease-modifying therapy for Alzheimer’s disease, and testing becomes more widespread to see who is at risk for cognitive decline and who should receive a prescription. But the time to act is now.”

Dr. Largent continues to study how information about Alzheimer’s disease biomarkers and genetic testing results are received and understood by people on the other side.