You are here: Home / News & Events / Dementia may be undercounted in death certificates 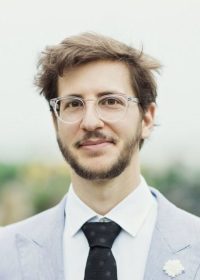 Dementia may play a larger role in US mortality than standard statistics show, according to research published in JAMA Neurology.

Former Penn Memory Center trainee Jordan Weiss, PhD, and co-authors studied more than 7,000 adults in a nationally representative cohort and combined the data with cause-of-death records on death certificates. They found that “the estimated percentage of deaths attributable to dementia was 2.7 times that calculated from vital statistics data on the underlying cause of death.” The authors explain that underreporting could be because of comorbidities and/or missing diagnoses.

“Our findings suggest that the mortality burden associated with dementia may be greater than recognized. Moreover, racial and ethnic disparities in dementia mortality may be underestimated,” Dr. Weiss said. “Together, these results highlight the importance of expanding dementia prevention, care, and awareness in a culturally sensitive way to address the disproportionate burden of dementia faced by underrepresented minorities.”