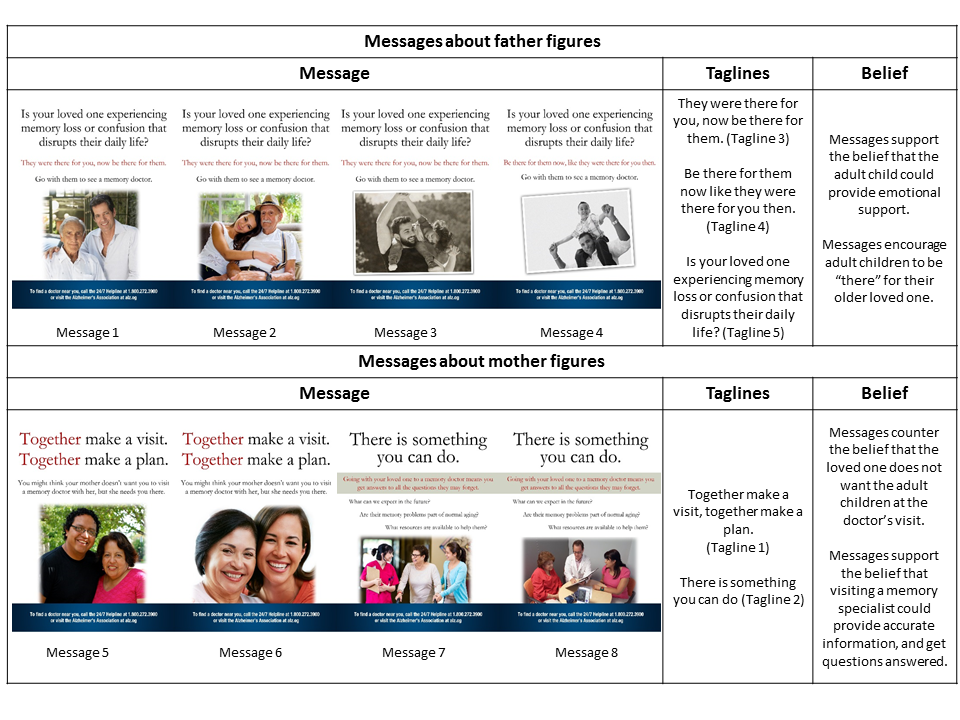 The United States faces a growing problem of how to care for its aging population, a subject that acutely affects at-risk groups such as the Latino community in the U.S. To help solve this, a team of researchers has recently published a paper in Hispanic Healthcare International that adapted Penn Memory Center’s public health messages for cognitive assessment.

Research Program Manager Kristin Harkins, MPH, co-authored the study with a team of researchers from the University of Illinois at Chicago and the University of Washington behind lead author Guilherme M. Balbim, PhD and Principal investigator  David X. Marquez, PhD both from the UIC.

The researchers were brought together thanks to the Center for Disease Control and Prevention’s Healthy Brain Research Network (HBRN), for which Penn originally created messaging tactics. Penn’s messages and protocol for building and conducting focus groups were leveraged by other HBRN member institutions for use with African-American, Asian-American, and LGTBQ communities. The HBRN focused this work to develop models for Latino communities, an area where Balbim saw cognitive issues were under-addressed and shrouded in stigma.

“[Here in Chicago] we were not aware of any type of messages geared towards Latinos. We need to normalize this topic because there’s a well-known stigma against dementia,” said Balbim.

The Latino population in the U.S. has undergone similar increases in median age compared to whites over the last decade. But they are one and a half times more likely to develop Alzheimer’s disease and related dementias (ADRD) in their lifetime than Non-Latino whites and typically have an earlier age of onset in ADRD. Early detection could be a key to treating the 3.5 million Latinos that are projected to have ADRD by 2060.

Changes in the ads were made to create a call to action for a national audience and depict Latinos. The messages themselves were unchanged. Researchers wanted to see whether these broad messaging techniques could penetrate a variety of cultural factors, such as trust in the health care system, perceptions of normal aging, and language barriers, that affect whether Latinos seek cognitive assessment.

Eight different messages with varying images were presented to two male-only focus groups and two female-only focus groups, with the idea that sex-matched focus groups would be more honest and forthcoming about personal issues. The researchers found the focus groups preferred clear language of the concern (“Is your loved one experiencing memory loss or confusion that disrupts their daily life”) and referencing the responsibility to take care of parents as their parents once took care of them.

For Balbim and the researchers in Chicago, the messages are a way to speak to the Latino community about the importance of cognitive testing, where previous research has found stigma is particularly entrenched. The feedback Balbim received detailed the sensitivity towards cognitive changes in their older loved ones.

“If they mention cognitive health to an older adult they’ll automatically think “am I going crazy?’,” he said.

The focus groups also proved to be a sounding board for multiple issues, such as feedback dissecting the roles of care and gender dynamics in the Latino community and particularly the mother-son relationship. Balbim said the focus groups didn’t want to feel pressured or guilted from messages urging them to “be there” for their parents, but when confronted the images of sons – who normally aren’t tasked with care duties – caring for their mothers, Balbim found that guilt wasn’t as strong as the mother-son bond.

“These relationships with the mother figure are stronger because they’re used to receiving the care from their mom,” he said.

“Future work should look at what the factors are that would drive intention to provide the same type of care for father figures within this group,” said Kristin Harkins, a research program manager for the Penn Memory Center and Penn Program on Precision Medicine for the Brain.

Additionally, the groups noted they wanted to see bilingual messages and images featuring diverse and age-appropriate representations of their family and doctors.

Going forward with this work Balbim and his colleagues are currently looking for partners to further adapt messages based on the feedback and disseminate the new messages throughout the Latino community.

“This was just the first step. It’s a long process but we always want to hear from the community. We don’t want to just put something out without including them.”

You can read the full paper and results in Hispanic Healthcare International.